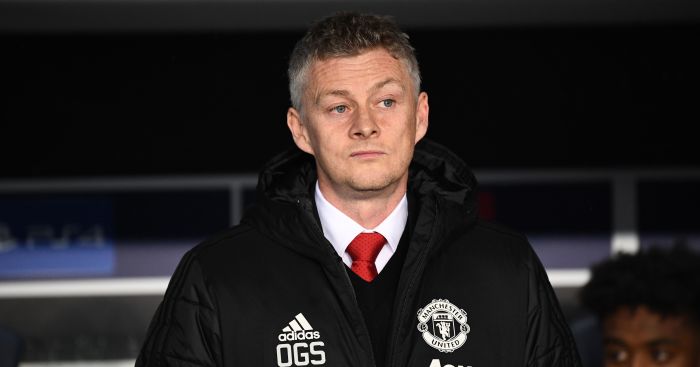 Ole Gunnar Solskjaer has made it clear to Manchester United executive vice-chairman Ed Woodward that he wants three players to leave this summer, according to reports.

The Norwegian took over the reins as caretaker boss at Old Trafford in December after the Red Devils sacked Jose Mourinho following a run of poor results.

Solskjaer has rejuvenated the United squad in a short period of time, leading them to the Champions League quarter-finals and has given them a good chance of finishing in the Premier League’s top four.

United have yet to confirm Solskjaer as the new permanent manager but it is widely expected to be only a matter of time.

And the Mirror, who indicate the 46-year-old has had a ‘number of meetings with co-owner Avram Glazer,’ claims he is also in ‘daily dialogue’ with Woodward.

Jadon Sancho is reportedly top of Solskjaer transfer wishlist but there is also the matter of clearing out any players he deems surplus to requirements.

The Mirror adds that during his talks with Woodward he has made it clear that he wants Antonio Valencia, Marcos Rojo and Alexis Sanchez ‘cut’ from the squad.

Solskjaer is ‘ready to get ruthless with his current squad’ as he prepares to oversee one of the biggest transfer windows in United’s recent history.