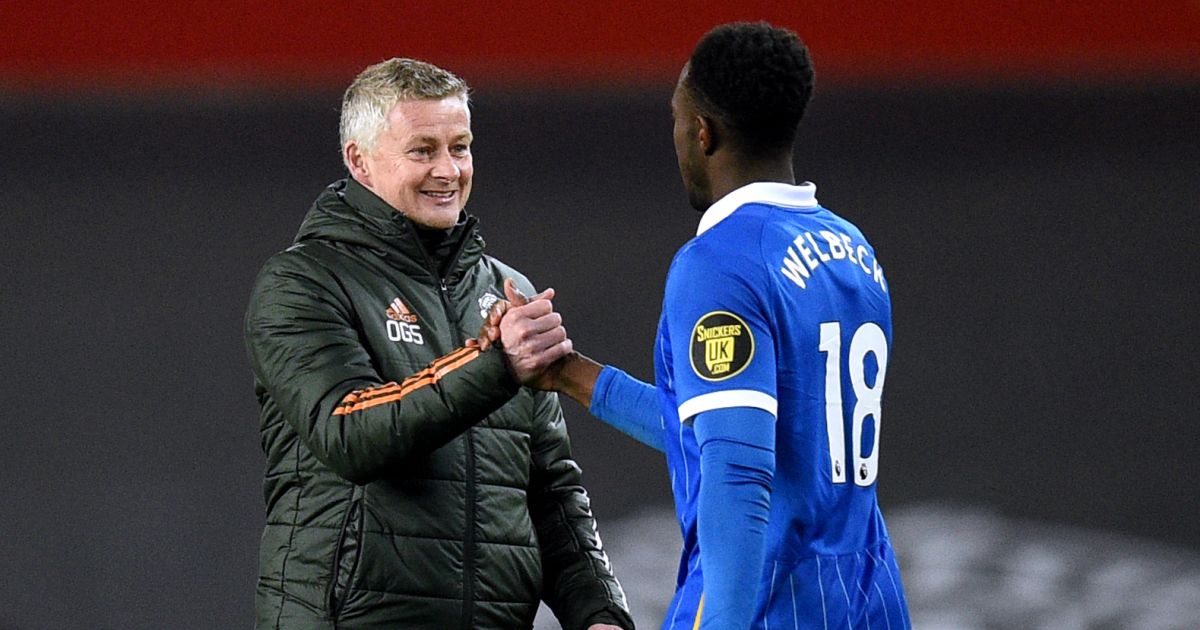 Ole Gunnar Solskjaer was as delighted by Manchester United’s character against Brighton as the manner of Mason Greenwood’s scrappy winner as the teenager showed “another dimension to his game”.

The Red Devils’ first Premier League match in three weeks got off to a poor start as Danny Welbeck scored an early opener against his former club.

United were lucky not to be further behind at the break as Brighton eyed a first ever victory at Old Trafford.

READ MORE: We are once again asking are Manchester United any good or what?

But Solskjaer’s side rallied impressively after half-time, with a fine Marcus Rashford finish complemented by 19-year-old Greenwood wrapping up a 2-1 win with a diving header.

“We’ve done that a few times this season, haven’t we? We’re getting used to it,” Solskjaer said after his side won an eighth Premier League match in which they conceded first.

“You don’t really want to be in those positions, 1-0 down.

“It was a sloppy mistake in midfield, we don’t stop the cross, we don’t defend the cross, so we gave ourselves work to do.

“I think we’ve done that so many times this season that the team doesn’t panic.

“We know we have to build momentum, the ball has to move quicker, we have to move more in tandem with each other.

“The two goals we scored were good goals and we deserved to win the game in the end I felt.”

Asked if the scrappy winner was his favourite goal by Greenwood to date, former striker Solskjaer said: “Yeah, definitely, so happy for him.

“Pleased with his overall performance again very good. He was bright, tidy, clean on the ball, hit the post and one that went over the bar, maybe deflected, in the second half.

“When he gets those goals, we know that he’s going to add another dimension to his game. Very, very pleased.”

Greenwood’s role could be increased in the coming weeks with Rashford limping off with a foot issue on Sunday and Anthony Martial potentially ruled out for the remainder of the season with a knee injury.

Solskjaer revealed Eric Bailly tested positive for Covid-19 on international duty and has not yet returned to England, ruling him out Thursday’s Europa League quarter-final against Granada.

But the United boss gave little away when asked if David De Gea would get the nod for the first leg after Dean Henderson was selected against Brighton on Sunday.

“With Dean and David’s situation, I know it’s something that will create headlines and fish and chip wrapping paper in a little while,” Solskjaer said.

“But I’ve got two great goalkeepers and it’s about now to find games that both of them will play – not the same game of course.

“Both of them deserve to play more than what they do and it’s just a decision I have to make every time.”

“I think you have to take positives from lots of things about the performance,” he said. “I thought the first half we were really good, carried a threat, we had opportunities on the ball and defended well.

“Mixed it up between defending high and defending low when we had to because Manchester United have some quality and drive you back, but I don’t think they created too many chances.

“Second half I thought we missed a few options to attack ourselves and got driven back a little more than we’d like.

“When the home team’s 1-0 down and have got the quality they have, you expect that to a certain extent but without creating too many chances a couple of shots from distance but nothing too much.

“Big moment with the penalty with Danny that wasn’t given but in the end it’s a couple of moments of quality from United that turned the game.

“I didn’t think there was that much in it, maybe a point would be right but, yeah, that’s life.”

Pushed on Harry Maguire’s second-half challenge on Welbeck that was checked by the video assistant referee, Potter said: “I was a little surprised it wasn’t given live because it felt like a penalty and when I watched it back I think it looks like a penalty.

“But once it doesn’t get given, you can understand why VAR don’t overrule it.

“I think if Mike Dean had given it, I don’t think VAR would have overruled it. It is what it is.”