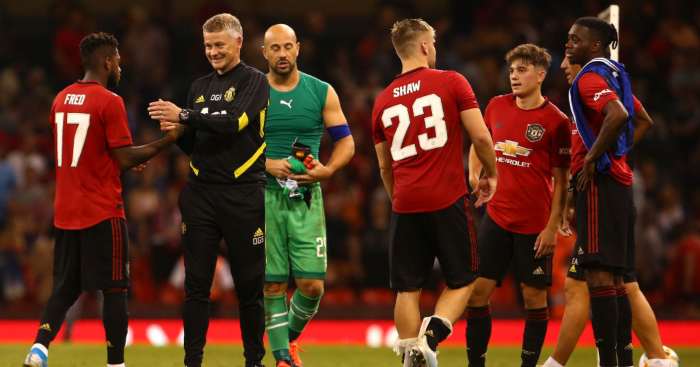 Ole Gunnar Solskjaer thinks Fred will have a “big season” for Manchester United after a disappointing 2018/19 campaign.

Fred, who could be like a new signing for United this season, failed to live up to his £52million price tag after arriving from Shakhtar Donetsk – but Solskjaer is a believed to be a fan and is hoping that he will get better after 20 starts in all competitions last season.

There had been suggestions that Roma coach Paulo Fonseca wants to be reunited with Fred after managing him while in charge at Shakhtar, but recent reports claim that United boss Solskjaer is willing to give him a chance.

And the man himself has backed that up on Friday admitting he wants a “big season” from Fred, while he has hinted the Brazilian will have to force his way into the line-up first.

Solskjaer told reporters: “Your team will always play better if settled and have a good foundation and not conceding goals and good teams I played in we always had a strong base, a keeper, settled backline and we hope to provide that for our atttackers and midfielders.

“And we believe Fred is going to have a big season as well.”

On facing Wolves on Monday, Solskjaer added: “You always go into any game positive with the right intention thinking you’re gonna win again, and the last two visits there I feel like I’m going home been there so often lately!

“They were tough games and Wolves are a hard team to break down, defend deep, don’t give you a lot of spaces, they can counter attack, set pieces always dangerous.

“We’ve been looking at the games last season to see if there’s anything different to do this time but our form, our attitude and yeah the mood after the win is great so we go into the game confident.”