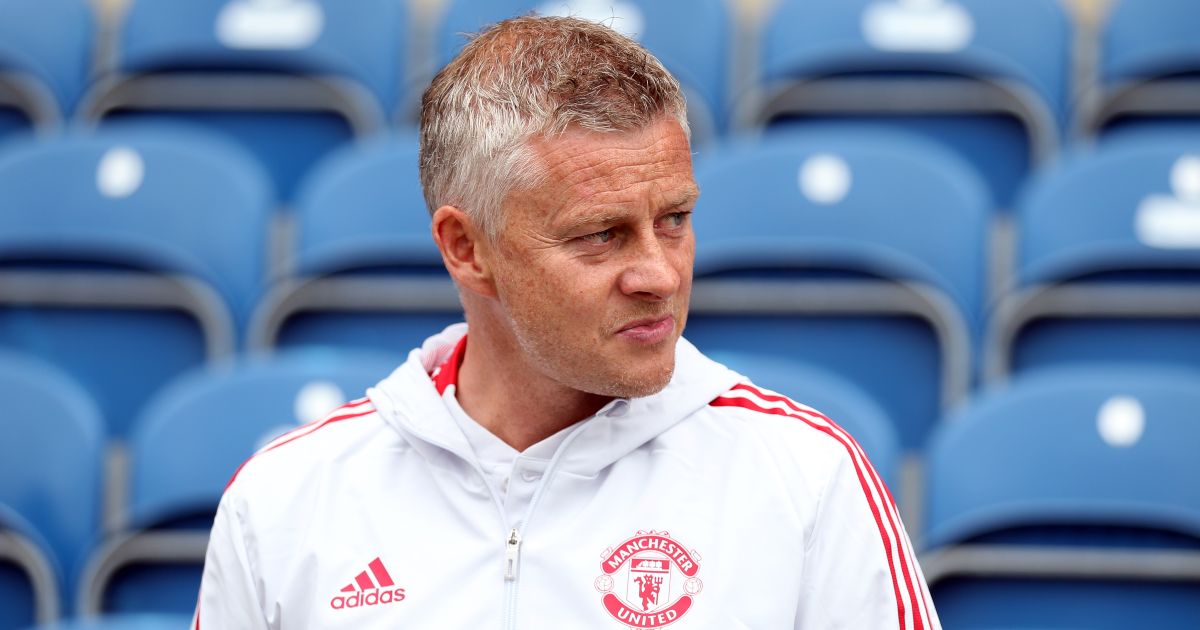 The Red Devils announced on Tuesday that they had sealed an agreement with Real Madrid over the signing of Varane with the transfer reportedly worth £34m rising to £42m with add-ons.

And Man Utd boss Solskjaer revealed that it was very likely Tuanzebe would make a move this summer, while he also commented on Jones’ fitness issues.

When asked about the Man Utd duo, Solskjaer said: “I can see of course with Raphael looking like everything is sorted there and we’ve made that deal, I can see Axel going out.

“That’s because I’ve got Raphael, Maguire, Lindelof, Eric Bailly and Phil Jones is coming back in. He’s due to start training over the weekend when we’ve got everyone in on Monday.

“That’s a big plus for him. I’ve had similar troubles in my career, he’s such a professional, good lad and it’s great to see him ready to train again.

“So hopefully he can, first of all, train with us and then get game time soon. If he can play in the Under-23s to start with or the reserves or we can arrange a behind-closed-doors game for him because I know exactly the feeling after being out for so long.

“You just want to feel your way in and he’s always served the club and it was time for him to look after himself and his own health, but now he’s ready to train with us.”

After the 2-2 friendly draw with Brentford, Solskjaer hailed the club’s recruitment, he said: “I think, as I’ve said before, every manager would be happy the sooner and earlier the deals are done and this year we’ve managed to get it sorted.

“I think the two we’ve got in will make a huge difference for us, both this season short-term but also long-term.

“Raphael is into his prime as a centre-back. He’s the same age as Harry (Maguire), a year older than Eric (Bailly) and a couple years older than Victor (Lindelof) so there I’ve got a fantastic group of centre-backs.

“With Jadon as well, with the young forwards we’ve got it’s exciting. As a manager you can’t ask for more backing when you’ve got these two in as early as we have.

“We’ve scrambled before towards the end of the window and now I think, I have to say, we’re in a good position. Pre-season is always difficult, though, in a championship year, never mind in the pandemic with the quarantining and isolation.

“You can see the team tonight, there’s loads of youngsters still. Everyone who has worked pre-season has done well and now they’re coming in drips and drabs.

“We haven’t got time to play catch-up so the others turning up late and don’t get a proper pre-season or are not fit when they come in, they might struggle to get into the team because today was a very good performance.”