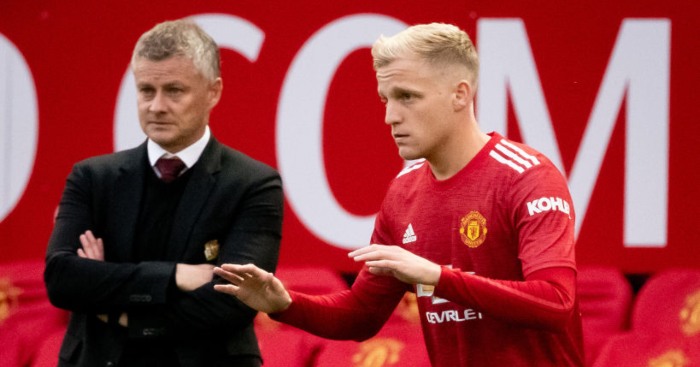 Ole Gunnar Solskjaer has moved to reassure summer signing Donny Van De Beek about how highly he is rated at Manchester United despite his lack of opportunities to date.

The Old Trafford giants swooped to sign the highly-rated 23-year-old from Ajax for an initial 39 million euros (£34.1m), but things have not gone as smoothly as the Holland international had expected.

While Van De Beek has made 20 appearances in all competitions, the majority have come from the bench and the midfielder has so far only made two Premier League starts.

The summer arrival will make his ninth start in all competitions against Watford in the FA Cup third round on Saturday amid fresh background talk about his happiness at United.

“I’ve answered this question so many times,” manager Solskjaer said. “There’s so many examples of players needing a little bit of time, quality players.

“Donny is going to play tomorrow. That’s another chance for him and, yes, I’ve spoken to him and reiterated and made him aware of how much we rate him.

“But he’ll play tomorrow and that’s a good chance again to kick on.”