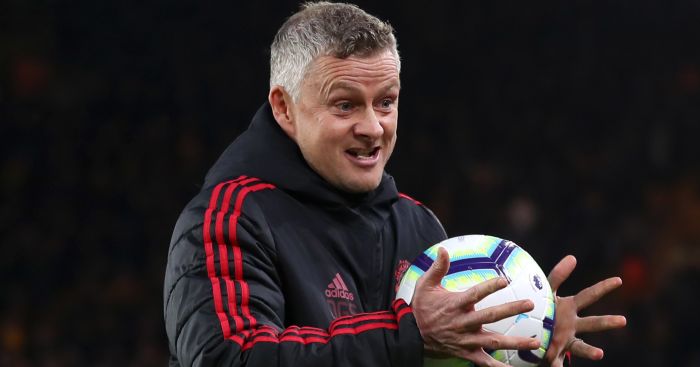 Ole Gunnar Solskjaer has been ‘unable to finalise a budget’ for the summer transfer window with the Manchester United board, according to reports.

The Norwegian revitalised United when he replaced Jose Mourinho in December as caretaker boss before he was given the job on a full-time basis last week.

The Daily Mirror claimed on Thursday that Solskjaer has ‘drawn up a four-man shortlist’ with most of the names included coming as no surprise.

The Metro claims that Solskjaer will be expected to work under a similar structure to his predecessors, who were given most of the responsibility for signings by executive vice-chairman Ed Woodward.

However, the report continues by saying ‘Solskjaer is unsure how much he’ll have to spend this summer after failing to agree on a transfer budget with the club’s board.’

The ‘uncertainty’ over the club’s summer budget has been brought about by their Premier League position, with Champions League qualification set to reportedly net Solskjaer another £60million on top of his budget.

The likes of Juan Mata and Ander Herrera are yet to resolve their futures at the club, with the potential that both players could leave on a free transfer at the end of the season.

If that was the case, then the club would ‘feel inclined to allocate more financial help to Solskjaer’ as he would need to replace two valuable players.

Those factors mean it is unlikely that the Red Devils will be able to get their transfer plans straight until the end of the campaign at the earliest.