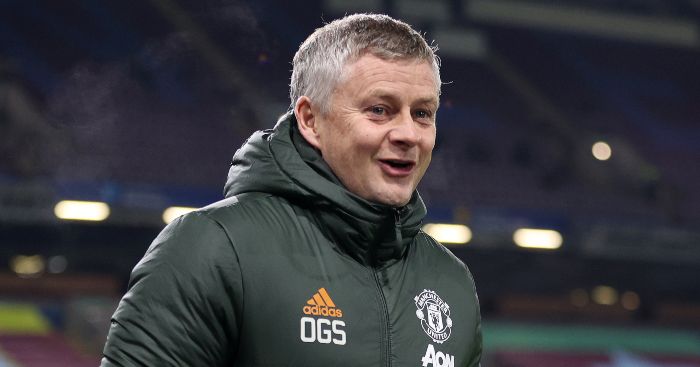 Ole Gunnar Solskjaer’s has painted his side as underdogs as table-topping Man Utd head to reigning champions Liverpool looking to cause an “upset”.

Tuesday’s 1-0 win at Burnley saw the Red Devils move top of the standings at this stage of the season for the first time since Sir Alex Ferguson bowed out as a champion in 2012-13.

Bitter rivals Liverpool are three points behind Man Utd heading into Sunday’s mouth-watering clash at Anfield, but Solskjaer believes his side are the underdogs.

MEDIAWATCH: It feels like the perfect time to criticise ‘competent’ Pogba

“Being, of course, where we are in the league, that just gives us more confidence and it’s an indication of where we’re at.

“But the game against the champions, they’ve got an amazing record at Anfield in the league. They haven’t lost for many, many years so of course it’s a great test for us. Can we go there and cause an upset?”

Asked if Man Utd beating Liverpool would really be an upset, the Norwegian said: “If you look at the last few seasons, I think it would be an upset and it would be a shock.

“Our position at the moment is a product of all the hard work that we’ve done in the training ground and what the players are putting down every single day.

“We probably deserve to be where we are at at the moment but I don’t think many would have thought another word for it than an upset if you go six weeks back (and asked) if we beat Liverpool at Anfield.

“But we’re looking forward to the game and hopefully we can cause that upset.”

The fact the clash will be played at an empty Anfield will remove an obstacle for United.

There is still sure to be plenty of passion against their rivals and Solskjaer has spoken to his players about celebrations given the ongoing Covid-19 crisis.

“I think we all know the situation we’re in and we all try to keep to the guidelines and keep to the rules,” he said.

“I can’t promise anything but, of course, if the players can control themselves of course that’s the best (thing) now.

“Then again, football is about passion and instant moments. Then again, you’ve seen loads of players after they score goals against their former clubs, for example, they can control emotions.

“I can’t say anything but that we have spoken about it, our responsibilities and duties, that we are role models and we are going to do our best if we get the chance to celebrate. Let’s hope we get one.”