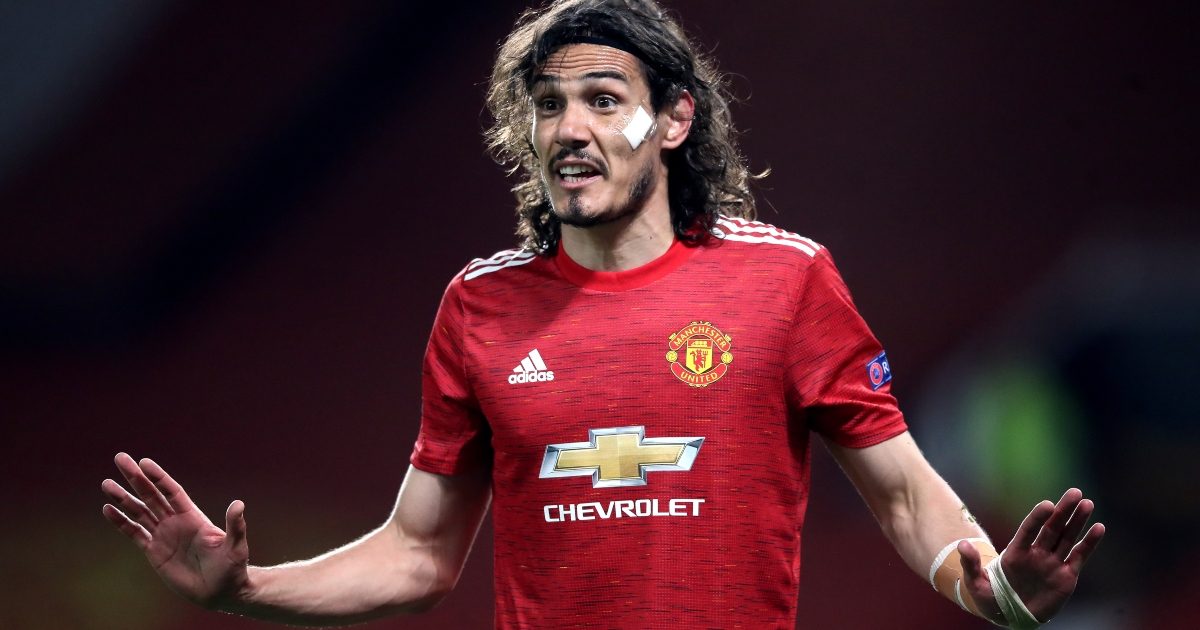 Ole Gunnar Solskjaer is hoping to sell the merits of living in Manchester over South America in a bid to keep Edinson Cavani at Old Trafford.The veteran produced a man-of-the-match display against Roma to put Manchester United on the brink of the Europa League final.

Having suffered four semi-final defeats in various competition over the last two seasons, the Red Devils took a giant stride towards the Gdansk showpiece by winning a 6-2 thriller on Thursday evening.

Roma had gone into half-time of the first leg ahead despite Cavani playing a part in Bruno Fernandes’ fine opener. A disputed Lorenzo Pellegrini penalty levelled the tie before former Manchester City striker Edin Dzeko bundled them into the lead.

Cavani fired home a stunning equaliser early in the second half, before tapping home from close range.

The 34-year-old was then taken down by Chris Smalling for another contested penalty, scored by Fernandes. And, after Paul Pogba headed a fifth, provided a superb pass for substitute Mason Greenwood to make it six.

“Edinson was excellent, as a centre forward should be playing – running the channels, being a focal point, creating chances for others, scoring goals, missing a couple of chances as well. Absolutely delighted with him,” said Solskjaer.

Cavani’s future is the subject of widespread speculation as the Uruguay international considers returning to South America after a challenging first season at Old Trafford.

The former Paris Saint-German striker signed on a one-season deal in October with an option for a further year, which Solskjaer has not given up on him taking up just yet.

“He was out for seven months and he’d not been playing football for a long, long time before he came to us,” Solskjaer said.

“He’s had his couple of injuries and he’s now worked really hard to get back fit and he shows his qualities.

“He knows my feelings. He knows that I’d love to him for another year.

“We have spoken about it. I understand this year has been very difficult but I’ve promised him that Old Trafford and Manchester is a different place with our fans in the stadium.

“He must try to get that feeling, to be on our side. Manchester is a fantastic place to live.

“I’m doing my best so let’s see. Of course nights like this, hopefully we can get to the final and hopefully he can see himself being here for another year.”