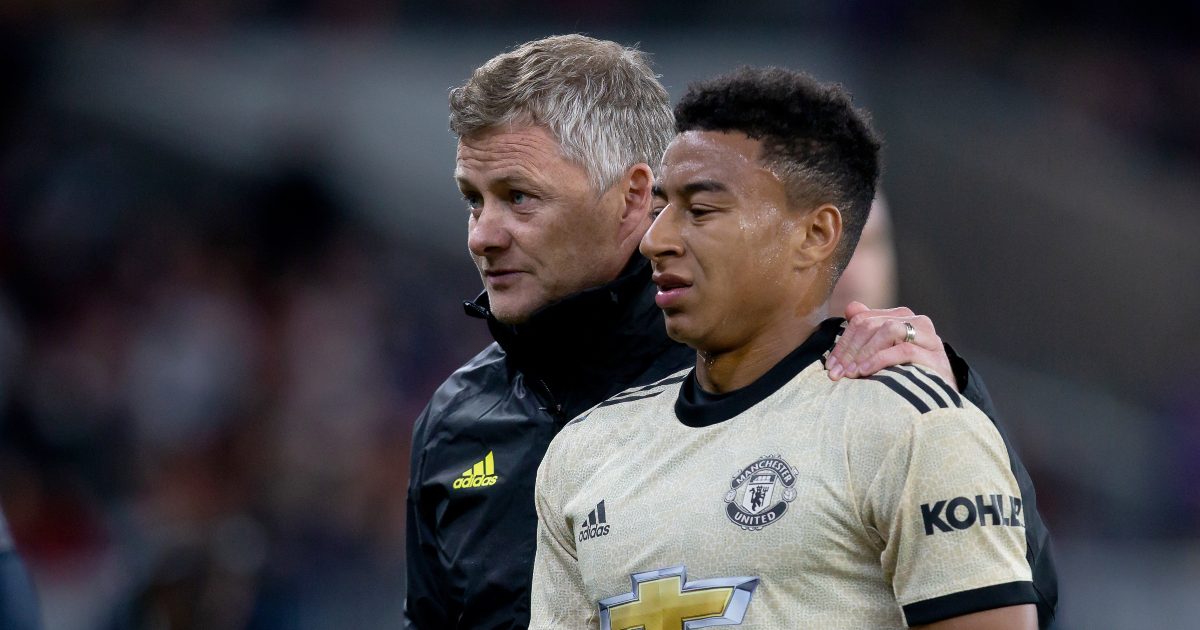 The England midfielder’s Red Devils contract expires at the end of the season, and the 28-year-old will be able to talk to rival clubs about a free-transfer move as early as January.

United academy product Lingard flourished on loan at West Ham last term, and will return to the London Stadium with Solskjaer’s side in Sunday’s Premier League clash.

MEDIAWATCH: Manchester United are ‘top of the league’ so shush…

Lingard has been linked with a move next summer, but manager Solskjaer maintained United are still working to tie him down to a new deal.

“He’s got this season left of his contract, and the club is talking to him and his dad,” said Solskjaer.

“And we see him as a Man United player in the future as well. Jesse has come back to us after a great spell at West Ham.

“He showed his qualities, he’s got back into the England squad and he’s scoring goals for England.

“We really want to see the best of Jesse this season and we hope to see him, we support him, and we hope to keep him here with us. He’s a Red through and through.”

United have the chance to shake off Tuesday’s dispiriting Champions League defeat at Young Boys with Sunday’s West Ham trip.

Solskjaer’s side had Aaron Wan-Bissaka sent off en route to a 2-1 defeat, where Lingard’s errant back-pass gifted the Swiss hosts the added-time winner.

Diogo Dalot made just his second appearance of the campaign on Tuesday in light of Wan-Bissaka’s red card, and Solskjaer insisted the Portugal full-back can now step up his United progress.

“Our attitude is like you’d expect; focused, a little disappointed but not too downbeat,” said Solskjaer.

“You know, it’s a setback, we have to do better, and we’ve got five games to get those 10, 12 points we need. It’s not the start we wanted but it’s a good team and we can bounce back again.

“Diogo’s had a very good summer of course with being called up into the Euros. He did well for Portugal Under-21s, and had a season where he learned a lot in Milan. He’s kept fit, that was a big thing.

“He’s got qualities that we look at trying to exploit more and more. We’re not here to loan out players for years and years.

“Last year’s loan was to give him game time and experience, and I think he did well when he came on the other night.”

Edinson Cavani will miss Sunday’s game with a muscle strain, but could be ready to return next week.

United host West Ham on Wednesday in the Carabao Cup third round, where the Uruguay striker may be back in action.

“Edinson, hopefully, will start training with us after the weekend, maybe on Monday,” said Solskjaer.

“So maybe he’ll be ready on Wednesday, who knows. He had a fantastic season last season, especially with the impact he made towards the end of it when he got his fitness.

“And we feel now to get the best out of Edinson this season we need to have him 100 per cent fit and not push him.

“We’ve got a strong squad that will cope with having to let players heal and not to risk any further injuries.

“I see Edinson having a massive impact because he’s that type of player and person. He can’t wait to get back, he’s working really hard to get back on the pitch.”