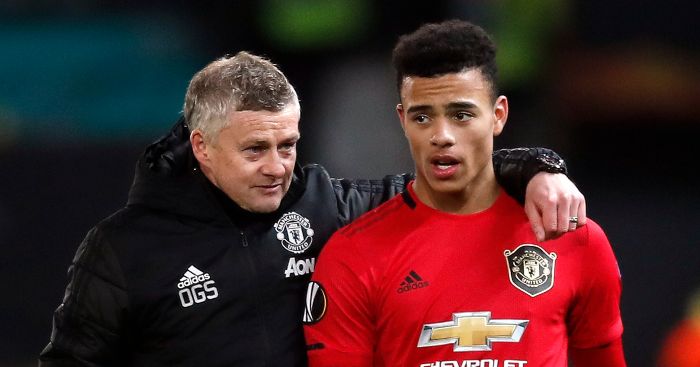 Manchester United and Ole Gunnar Solskjaer have ‘warned’ Mason Greenwood amid ‘frustration’ over his recent conduct.

Greenwood has been embroiled in controversy recently, being dropped from the England squad for breaching coronavirus protocols and arranging a meeting with two Icelandic girls at a hotel room.

The teenager apologised “for this huge mistake” and promised “that this is a lesson I will learn from”.

But the Daily Telegraph have reported that Greenwood has now ‘been warned’ by Manchester United for ‘turning up late on a number of occasions’.

It has been claimed that there is ‘frustration’ at Old Trafford ‘in relation to repeat issues with his punctuality’ and ‘discipline’.

Greenwood has been ‘exasperating staff’ with his attitude, perhaps leading to his omission from the squads to face Newcastle and PSG in the Premier League and Champions League this past week.

Ole Gunnar Solskjaer claimed his absence was due to a lack of fitness but the 19-year-old was pictured training on Monday. The Times report that the manager ‘has been so disappointed’ with Greenwood that he felt compelled to warn him.

“I can’t declare medical stuff, can I?” he said in midweek. “We hope it’s just a niggle and we don’t want to take any chances with him and hopefully at the weekend it’ll be fine again.”

Solskjaer also hit back at suggestions Greenwood and Brandon Williams were both being punished for disciplinary issues when omitted from the side that faced Newcastle.

“If that’s the case why is Brandon here? Where are your sources? That’s what I’m saying!” he said of Williams, who was an unused substitute in an impressive win away at Champions League finalists PSG and is yet to feature outside of the League Cup this season.