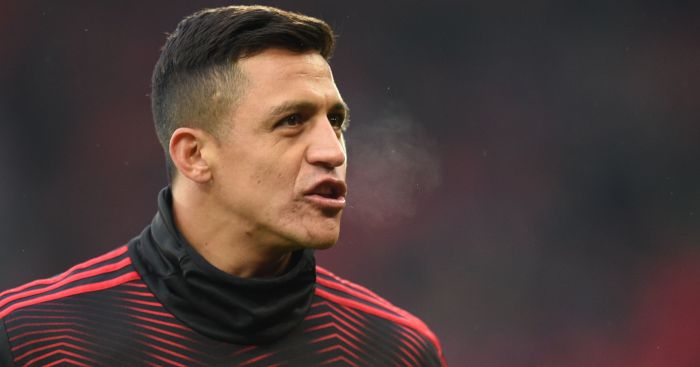 Alexis Sanchez will only up his performance levels if he comes in for abuse from Arsenal fans during Friday night’s FA Cup tie, according to Manchester United caretaker boss Ole Gunnar Solskjaer.

The Red Devils travel to the Emirates Stadium in the fourth round of the FA Cup after overcoming Championship outfit Reading 2-0 at Old Trafford earlier in this month.

Sanchez has failed to replicate the form shown during his Arsenal days since his move to United last January, scoring just four goals in 32 appearances.

Solskjaer, who has overseen victories in all of his seven matches in charge since replacing Jose Mourinho in December, has confirmed that Sanchez will feature against his former club.

“He’ll be involved,” said Solskjaer. “I think he’ll love it if the crowd turn against him. As a player, pride kicks in and you think ‘I’ll show all of you’.

“He’s been fantastic in training, his attitude has been spot on so hopefully he’ll enjoy the game.”

Solskjaer won two FA Cup semi-finals against the Gunners during his time as a player at Old Trafford and he is looking forward to renewing his rivalry with the club.

Solskjaer told reporters: “Fantastic, that’s the one fierce rivalry on a football basis on my years between the two of us, always the closest rivals, they win the trouble, we win the treble, and the games were just fantastic.

“We had a great team they had a very good team, I think I just scored once against David Seaman, but the French connection they had, Henry, Vieira, Pires, Petit, I met them a couple of times in the FA Cup. I think I won two semi-finals but we lost 2-0 at home once in a year, there were some tackles flying in between the two teams. Fantastic games.”