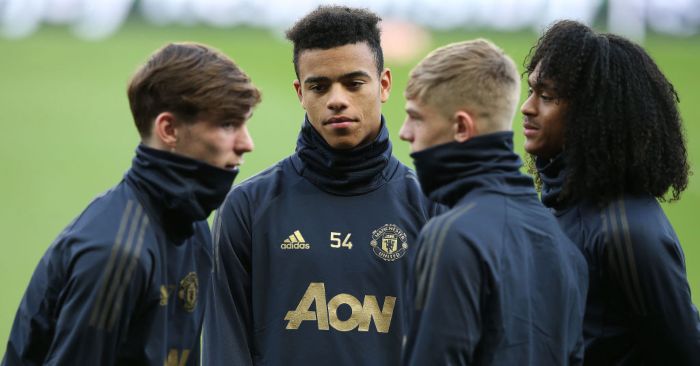 It was another underwhelming performance that posed more questions than it answered, but the performances of Brandon Williams and James Garner caught the eye.

The United academy graduates, 19 and 18 respectively, impressed Solskjaer so much that he is willing to start using them in the Premier League.

“You don’t get the atmosphere we faced in Belgrade when you play in the Premier League and I think players like Brandon and Jimmy will have grown many centimetres in confidence in those 90 minutes,” he told the Daily Mirror.

“If they can perform like they did in front of such an intimidating crowd then they won’t have any problems going anywhere in England.

“It was as loud and as hostile as it gets – but it didn’t faze them one bit.

“But that’s part of the learning curve we are on as a team.

“I really believe that we have gained two Premier League players in Belgrade – and I won’t have any doubts about playing them at Norwich.

“I have put my faith in our academy because I know the talent this club can produce.

“Some people can’t understand why I am gambling on young players with no experience – but I don’t see it like that.

“This is a club that gives players a chance to prove themselves.

“We’ve had injuries and these lads have taken their chance.

“Do you know what? It might be tough for some of the injured players to get back in the team. I certainly won’t be afraid to play them at Norwich.”