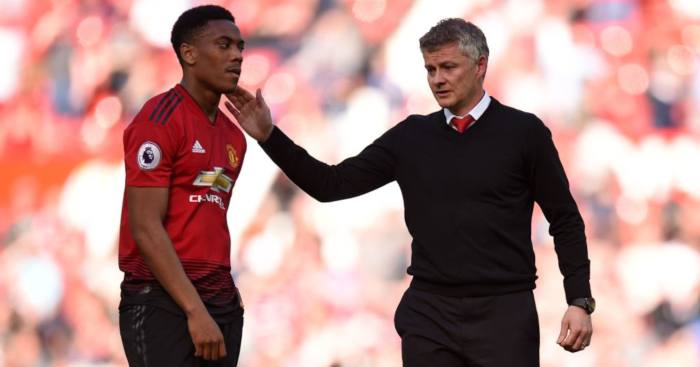 Ole Gunnar Solskjaer lost the respect of the Manchester United players during their defeat to Barcelona in the Champions League, according to reports.

And S0lskjaer even admitted himself recently that challenging for the Premier League title next season would be “miraculous”.

The United players produced a great away display against all the odds to beat Paris Saint-Germain in the Champions League last-16 after being 2-0 down from the first leg at Old Trafford.

However, Solskjaer’s men failed to produce similar heroics against Barcelona in the quarter-finals, when United lost 4-0 on aggregate.

And now The Sun claims that United’s players ‘wanted to give it a go’ at home to Barca but Solskjaer ‘set cautious, primitive tactics’ fearing the worst from Lionel Messi.

Subsequently United lost 1-0 in the first leg and the report adds that Solskjaer lost ‘his standing in the dressing room’ and the job has since ‘overwhelmed him’.