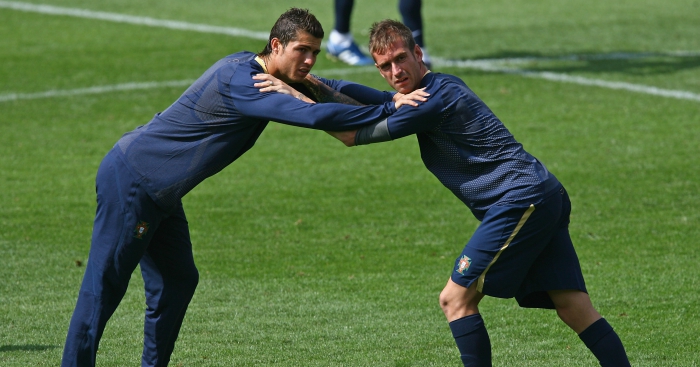 Someone has finally asked Raul Meireles of his opinion on Portugal compatriot Cristiano Ronaldo.

Ronaldo’s future at Real Madrid has been shrouded in uncertainty in recent weeks, with the forward facing allegations of tax evasion in Spain.

Former club Manchester United have been credited with a tentative interest in the 32-year-old, but he is now expected to stay at Real.

Despite that, ex-Portugal teammate Meireles, himself formerly of Liverpool and Chelsea, believes Ronaldo is suited to England.

“Yes of course [he could return to the Premier League],” Meireles told Sky Sports News HQ.

“He played before at Manchester United, so it could be them, but I think any team… Chelsea? I do not know, but he can play for any team in the Premier League.”