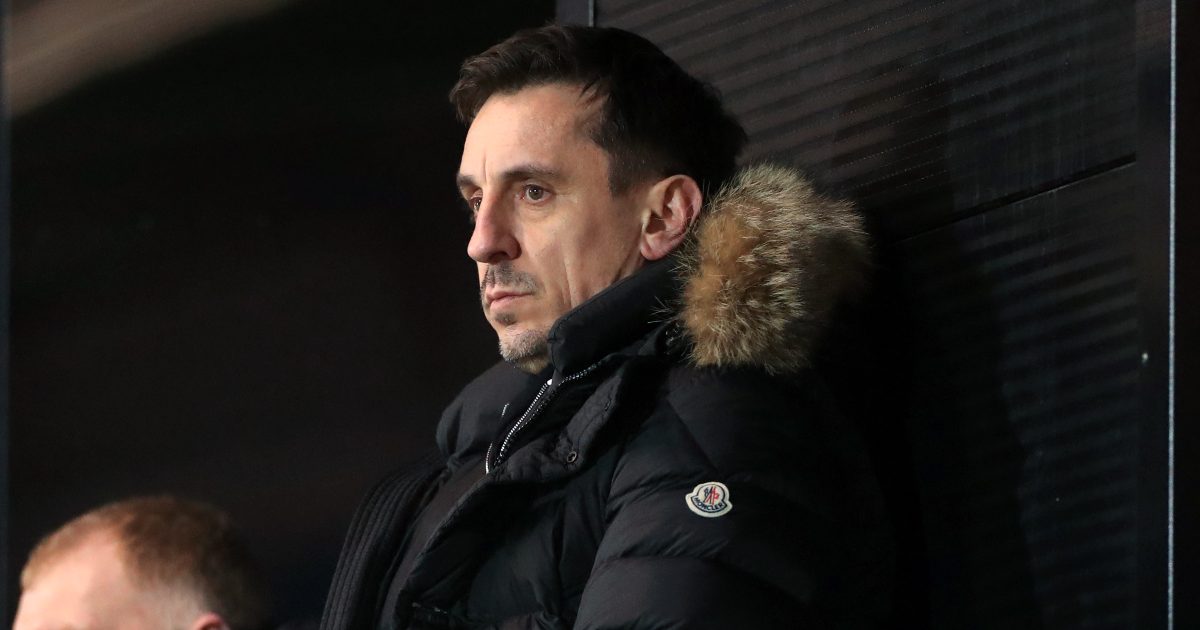 Gary Neville believes “something’s not right” at Liverpool and names the one signing that could have changed his view of Jurgen Klopp’s side this season.

Liverpool have seven points from their opening three games of the Premier League season, but Neville believes they have fallen behind their title rivals due to a lack of activity in the transfer market this summer – Ibrahima Konate was the only addition to the squad.

READ MORE: One per club: Players stranded as the transfer window shut

The Reds failed to beat 10-man Chelsea at Anfield on Saturday and the former United man says it was game in which it felt like there was “something missing”.

“I said after the game that sometimes you can’t put your finger on it, but something’s not right,” he said on the Webby and O’Neil YouTube channel.

“It’s not bad, it’s not a massive big spirit issue or the manager has fallen out with players, nothing like that.

“You can just feel it, you can see when something is right – but it’s just not there.”

It’s got to the point where Neville thinks that only a marquee signing could have alterred the attitude towards Liverpool and their title hopes.

He added: “Unless they have bought Mbappe, and then we go ‘Oh my God, they’re challenging’, there’s something not quite right there.”

Chelsea on the other hand have strengthened two key areas this summer, with Romelu Lukaku joining for £98m and Saul Niguez signing on loan on deadline day.

And Neville claims those additions mean Thomas Tuchel’s side can “challenge on all fronts” this season.

He said: “Saul is just another excellent player. He’s got massive experience at the top of La Liga, massive experience in the Champions League and at international level. He fits the Chelsea profile of signing players that are ready.

“That’s Chelsea’s model and you look at what they’ve done in this transfer window in terms of ins and outs and again, it’s been another exemplary performance from them. They are a strong team. I’ve watched them twice already this season, away at Arsenal and away at Anfield. That is a really good team, a team that wins and is ready to win more.

“When they went down to 10 men at Anfield, I never really thought it was going to be easy for Liverpool to break Chelsea down in the second half. That’s when you know you are playing against a good team because that’s the toughest place to play.

“You only need two in there with the way they play but Saul’s addition means they can challenge on all fronts. It strengthens them enormously and makes them more formidable than they were at Anfield last Saturday.”