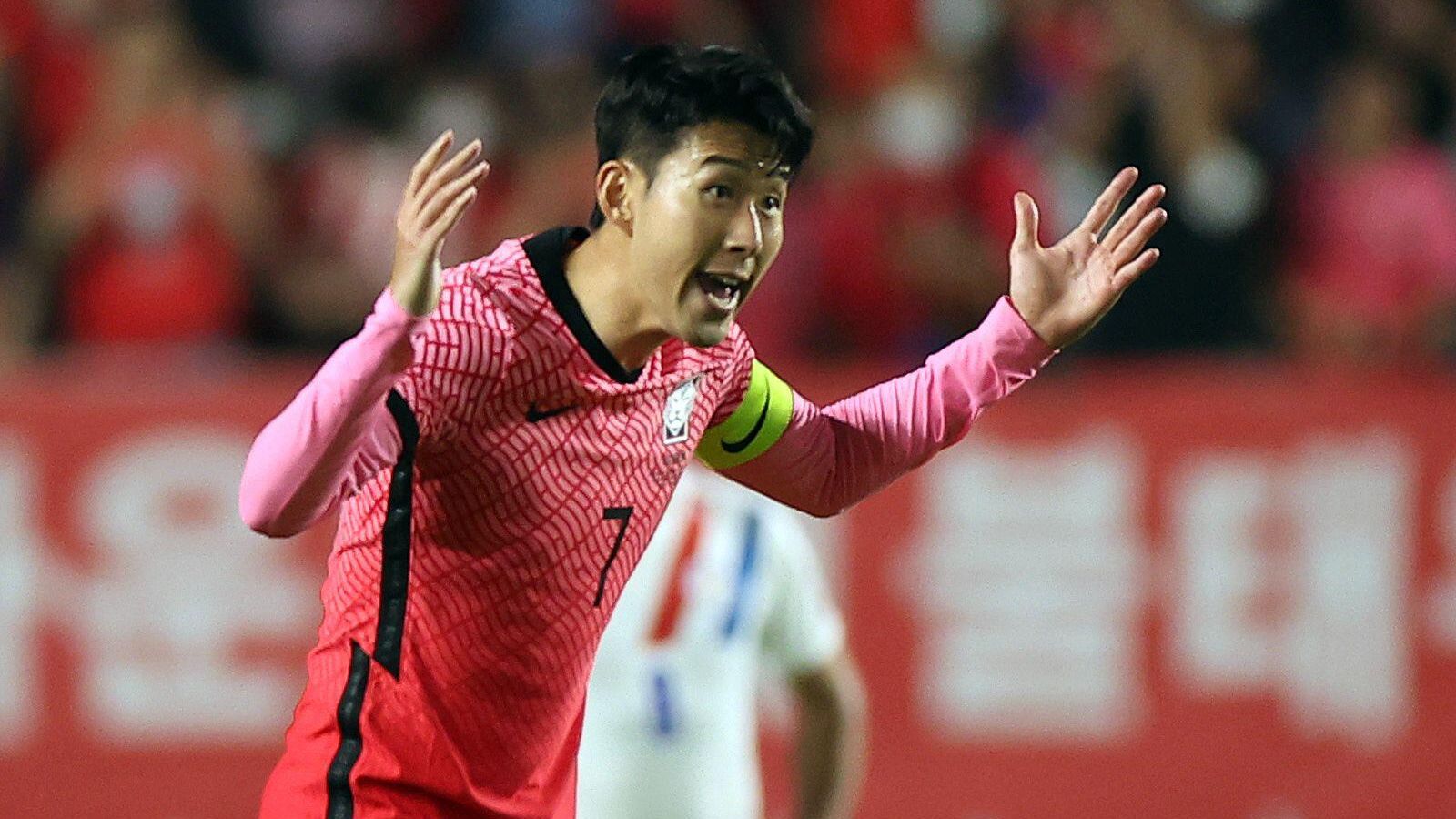 Son Heung-min will be fit enough to feature for South Korea in their World Cup opener against Uruguay on Thursday.

Head coach Paulo Bento confirmed the Tottenham attacker will play with the black protective mask he has been wearing in training since he sustained a fracture around his left eye in a Champions League match against Marseille on November 1.

South Korea captain Son underwent surgery days later to fix the issue and despite not appearing at his country’s pre-match press conference in Al Rayyan, he will be involved in the Group H opener at Education City Stadium.

“Sonny can play. Yes he will be able to play,” Bento told a press conference on Wednesday.

“I think the fact that he would be wearing a mask is not an inconvenience for him. It is rather natural for him.

“We have stuck to the plan since we arrived here and also the way we integrated him into our group shows it has been natural.

“We will see tomorrow how it will be. Our hope is he will feel comfortable to the greatest extent possible and we’ll use the best strategy so he will feel at ease during the game.”

While Son will feature for South Korea and face Tottenham team-mate Rodrigo Bentancur, his fellow Premier League forward Hwang Hee-chan will miss out due to a hamstring injury.

Uruguay manager Diego Alonso also faced the media in Qatar but refuted suggestions his players will target Son’s vulnerability around his face.

Alonso insisted: “It is difficult to answer your question. The question is about Son and we have utmost respect for Son, but they have other footballers and are very well coached with exceptional starting XI.

“The only advantage we will make here is our football. We will try to be better than them and use our players, not to use the difficulties of the other team.”

Alonso has only been in his post since he replaced the long-serving Oscar Tabarez in December but guided the team to qualification with four wins from his first four matches in charge.

The 47-year-old was eager not to get ahead of himself when previewing their Group H opener.

“A good tournament is to win the first game. What comes after is not something I am thinking about,” Alonso added.

“We are really excited, we know what we can achieve, but what is important is tomorrow’s game. We know what we can reach and we cannot think of another thing except the next game because otherwise we will make mistakes.”

Barcelona defender Ronald Araujo could be involved after a thigh injury and Liverpool’s Darwin Nunez is expected to shake off the minor ankle knock he sustained in training this week.

Uruguay captain Diego Godin joined his manager at the press conference in an indication he could start despite a difficult 2022.

The ex-Atletico Madrid centre-back signed for Brazilian club Atletico Mineiro in January but left in the summer to join Velez Sarsfield.

A knee injury has restricted his game time during the past 12 months and yet the 159-cap veteran hit back at his critics.

Godin said: “These are just opinions. Everyone is entitled to their opinion, but I must focus on what I can do and that is to be fit and help my team-mates.

“I was able to recover, to train and to compete as usual. You will see today’s Godin. You won’t see the Godin of 20 years ago who was different, but I will try to be useful and to give my utmost.

“I will give everything on the pitch and not just during the matches but in training. I am ready.”