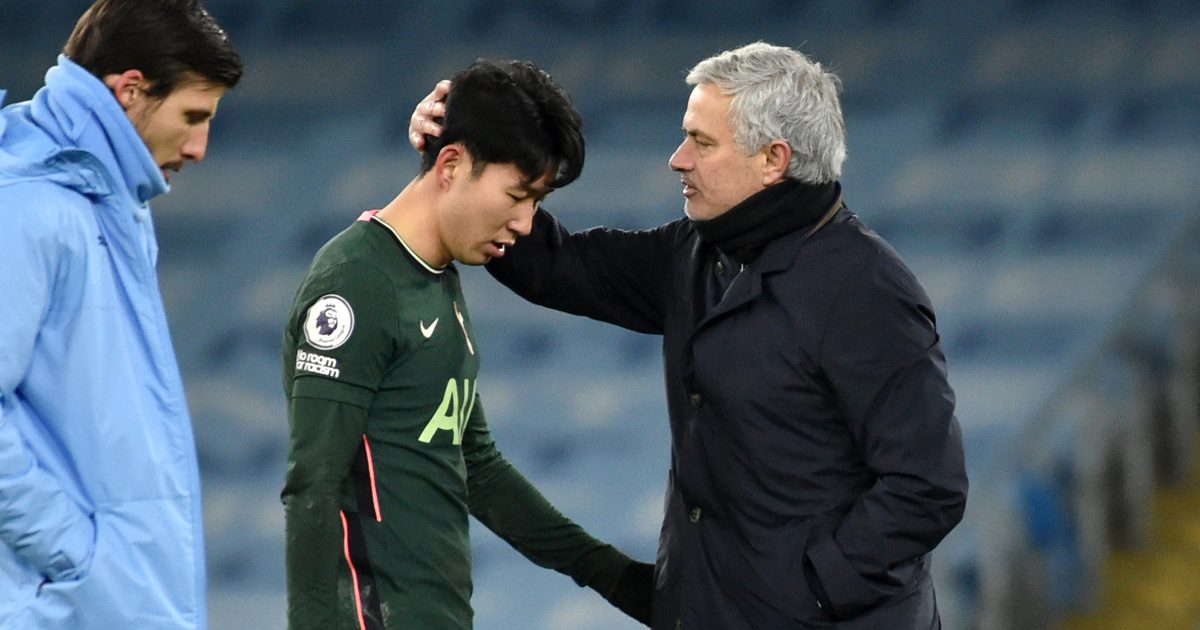 Tottenham star Son Heung-Min has suggested that it was “really sad” to see Jose Mourinho leave without winning a trophy.

Mourinho’s 17-month spell at Spurs came to an end on April 19, the week of the Carabao Cup final.

Tottenham had fallen out of the top four and they were also dumped out of the Europa League and FA Cup in recent weeks.

The former Chelsea and Man United boss was replaced by Ryan Mason, who took the job on a temporary basis.

Mason has won two of his first three games in charge, but his Spurs side lost 1-0 to Manchester City in the Carabao Cup final.

It was announced on Tuesday that Mourinho will take over at Roma next season.

In an interview cited by Football London, Son insisted that he still considers Mourinho to be one of the top managers in the world:

“It’s always sad if someone loses the day job. Having worked with Mourinho for 17 or 18 months, it’s been up and down, it’s been good and sometimes we’ve been not so good.

“I think for me and my memory he will still be one of the best managers in the world.

“It’s just so sad that he didn’t go with success. It was really sad because he is the guy that wins everything.

“It was the only team that he wasn’t successful, so I feel really sorry about this kind of thing.”

Meanwhile, Eric Dier has suggested that the criticism he has received has been “unfair” at times:

“I think they’ve seen it in periods.