Home All The News Son, Salah and Lukaku among Player of the Month contenders 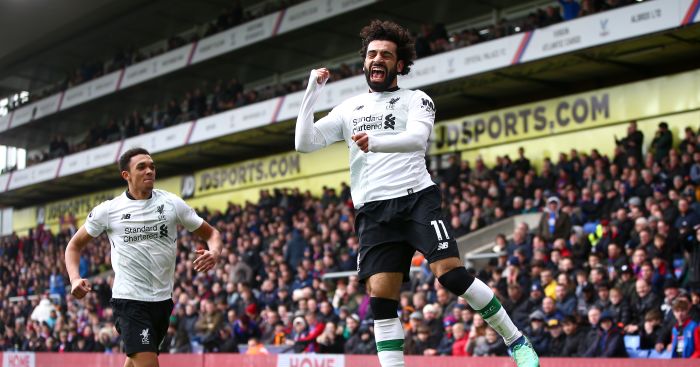 Heung Son-min, Mohamed Salah and Romelu Lukaku are among the nominees for the Premier League Player of the Month award for March 2018.

Salah could be on for a hat-trick of victories having already won the award twice this campaign and he has had another impressive month, scoring six goals in four Premier League matches in March.

6️⃣ of the best in March…

But who is your @EASPORTSFIFA Player of the Month?

Harry Kane – who has also won two awards this season – has been injured for most of the month and Son has stepped into his shoes with two man-of-the-match performance and four goals for Spurs.

Tosun and Wood have both bagged four each for their teams, while Lukaku has two and Silva scored three to help City continue their march towards the title.

More from Planet Sport: Kafelnikov’s post-tennis adventures: from golf to a bit of poker (Tennis365)