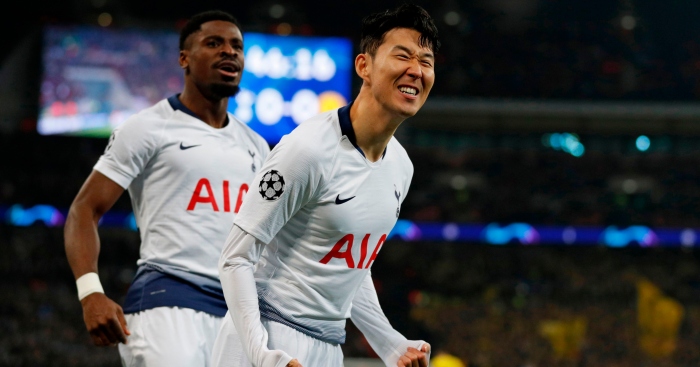 Son Heung-min believes Kevin De Bruyne does not understand what it means for Tottenham to play at home again after the Manchester City midfielder said he “does not care” about their new stadium.

Spurs host City in the Champions League quarter-final first leg in what will be just their second game at the 62,062-seater stadium after it opened last week.

De Bruyne suggested that Spurs will gain no advantage from playing there, saying: “Everybody talks about the stadium like it’s something special. Everybody has a stadium, everybody has supporters.”

But Spurs’ return to N17 has been long-awaited, ending a near two-year commute to play at Wembley while their new home was built.

The noise levels were extraordinary during the opening game against Crystal Palace last week and Son has vowed to ensure City see that it will not be like a game at the national stadium.

“Of course [the atmosphere can help],” he said. “Maybe the City players don’t realise, they always play at home.

“We’ve been nearly two years away from our home stadium and what we did was very positive.

“We missed home a lot and we can show them tomorrow night it’s different from Wembley at our new stadium.

“I think it will be amazing. We had a great game against Palace in the first game at the new stadium – an unbelievable night, a good game and what we expect.

“We’re excited to play this important game at the new stadium.”