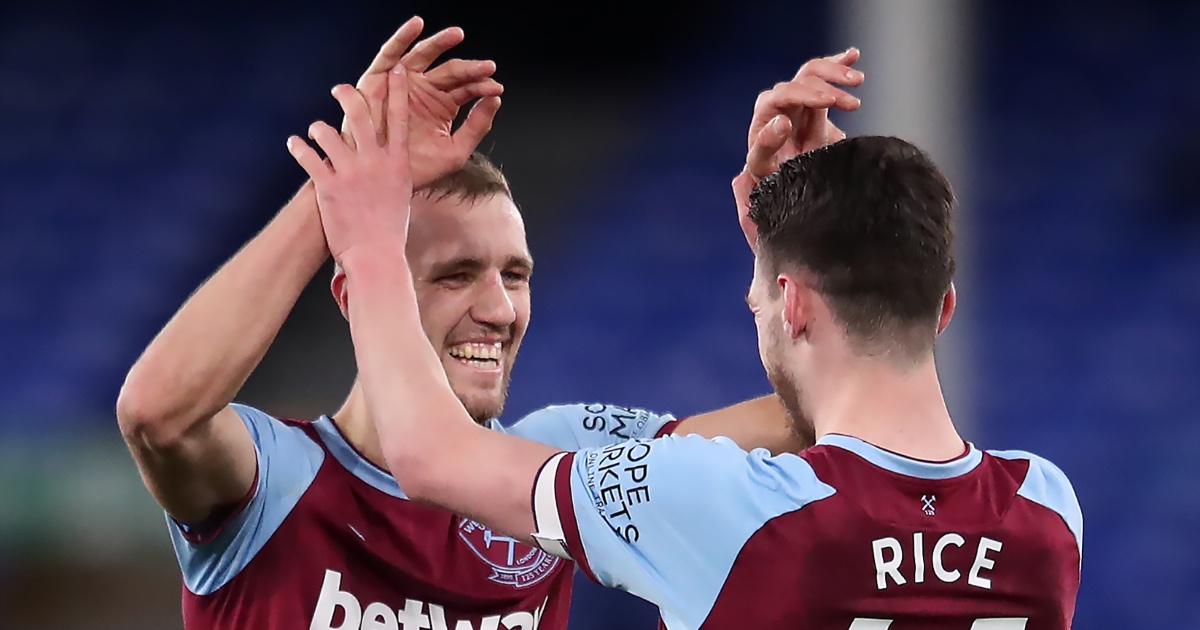 Tomas Soucek has revealed the “fun” he and Declan Rice have been having ahead of Czech Republic’s clash with England on Tuesday.

The West Ham midfield duo will go head-to-head at Wembley in the final group game of Euro 2020, with their respective nations both on four points.

England will need to win the game to top the group, with Soucek’s side currently top of the pile on goal difference.

And Soucek has revealed that Rice has told him the Czech’s will not be able to win at Wembley, no doubt with memories of England’s 5-0 thrashing of their opponents in the qualifying campaign.

But the Czech’s got their own back in the return fixture and that 2-1 victory is the last time the two nations have come up against each other.

Speaking to FourFourTwo, Soucek said: “That match will be a special moment for West Ham supporters, because I will be playing against Declan. We’ve spoken about it – he told us that we can’t win at Wembley and we said, ‘Well, remember your last game against us!’ It’s been fun, it’s been friendly. Only the 90 minutes on the pitch will be unfriendly, perhaps.”

Speaking about the last time the two sides went head to head at Wembley, a 5-0 defeat for the Czechs, the midfielder added: “I looked forward to that match because Wembley is an incredible stadium, but we were probably too scared by England and deserved to lose.

“I don’t remember that day pleasantly, but I was happy we could play against England again in the Czech Republic. We needed to support each other and not be scared. We had to believe in ourselves.”

Rice is expected to start in midfield alongside Kalvin Phillips for the third game in a row, but Mason Mount will not be with them.

Mount – along with Chelsea teammate Ben Chilwell – have been forced into isolation up to and including next Monday after they came into contact with Scotland’s Billy Gilmour, who has tested positive for coronavirus.

Jack Grealish is therefore set to start in the number ten position, with a change also mooted on the right wing.