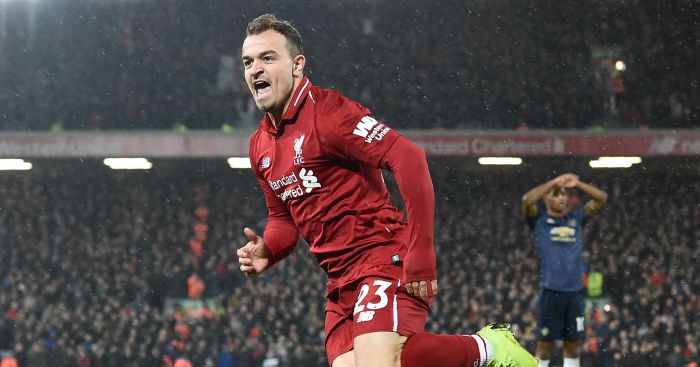 Graeme Souness thinks Xherdan Shaqiri is only “any good” when the side he is playing for is dominating following Liverpool’s 3-1 victory over Manchester United on Sunday.

Shaqiri scored twice after coming off the bench on 70 minutes to give the Reds all three points and send them back to the top of the Premier League table.

Souness did give the Switzerland international some praise but only after he gave him a small dig for being better off the bench.

“He’s only any good, with all due respect to him, if you’re dominating, are on the front foot and have the ball,” Souness told Sky Sports.

Before Souness added: “The boy has got an eye for a pass and he’s a wonderful striker of the ball so he’s taylor made for this Liverpool team.

“They beat up teams when they have the ball, they put them under pressure so when you’re chasing something he’s the perfect sub to have.”