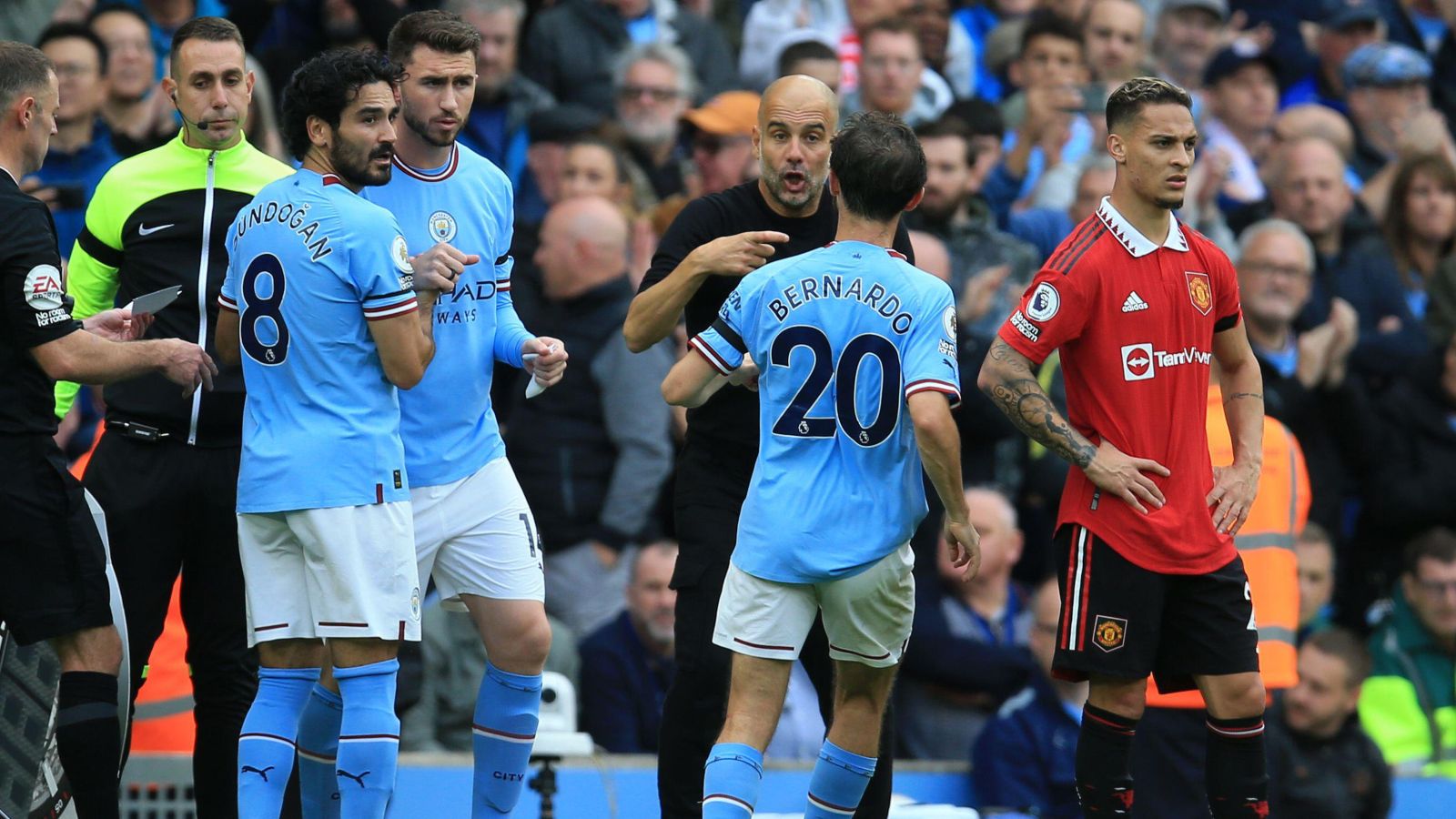 Graeme Souness thinks Man City boss Pep Guardiola will have “had a go at his side” after their 6-3 Manchester derby victory.

The Citizens produced a wonderful first-half display to blow arch-rivals Man Utd away on Sunday with Guardiola’s men 4-0 up by half-time.

Man Utd did stage a bit of a fightback in the second half but it was way too late as Man City completed a comfortable victory over their neighbours.

Phil Foden and Erling Haaland scored a hat-trick each as defending champions Man City moved back to within one point of Premier League leaders Arsenal.

But, as good as Man City were, Liverpool legend Souness reckons Guardiola will have given them a telling off for the way they conceded three second-half goals.

“As good as they [Manchester City] were, for most of the game they were sloppy,” Souness told talkSPORT.

“To concede three goals against that Manchester United team, totally, totally flatters Man United. They were not at the races yesterday.

“I think it shows the gulf of the two teams in Manchester.

“City are a very special team, though, and when they replace players you expect them to be inferior coming on, but it is more like-for-like.”

Haaland has now scored 14 goals in eight Premier League matches for Man City since joining from Borussia Dortmund in the summer and Guardiola has poured praise on his work rate.

Guardiola said after the match: “What Erling is doing he has done in Norway, in Austria and in Germany, that is the reality.

“He came (here) and realised, ‘Oh, these guys, my mates, run like an animal and I have to do it too’.

“Of course, the quality we have alongside him helps him to score goals but, what he has done, I didn’t teach him once.

“When the ball is right he attacks the box. How he moves behind the central defender away from the action, he has incredible instincts that the ball will arrive there and it comes from his mum and dad. He was born with that and just to help him produce more goals.

“I have had incredible centre forwards in my career. What I like in the last period of the game is he is involved.

“I like that he’s part of more situations, but don’t forget his biggest talent is to put the ball in the net.”