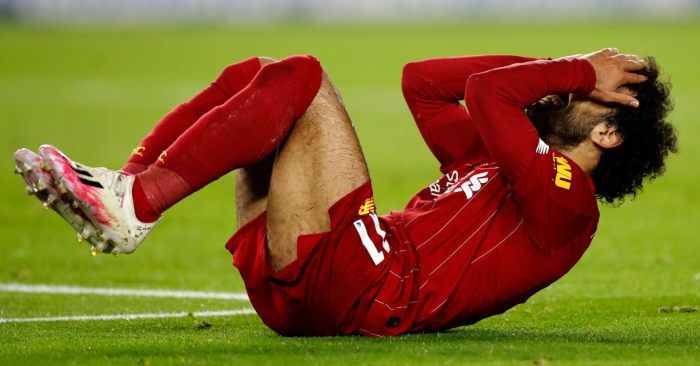 Salah scored twice – and set up Jordan Henderson – in a 3-1 win as he chases the Golden Boot; his double takes him within three goals of Jamie Vardy.

He has now scored 19 goals and clearly has Vardy in his sights as Liverpool chase their own records; he took several shots in Brighton when teammates were in better positions.

“He was at it tonight from the first minute,” Souness told Sky Sports.

“I think it [the Golden Boot] is important to him.

“You’ve seen his reaction when people weren’t finding him late on in the game in the last third.

“He was shooting at every opportunity, and his teammates will not have been happy with him on two or three occasions.

“But he’s always selfish. I think tonight he was super selfish. He really wants his Golden Boot.

“They’ve won the league, so he’s done his bit for the team, he’s played his part, he’s got the goals, he’s been fabulous, and he wants that Golden Boot.

“And he thinks he’s in a team that creates chances, so he thinks it’s very much still on for him.”