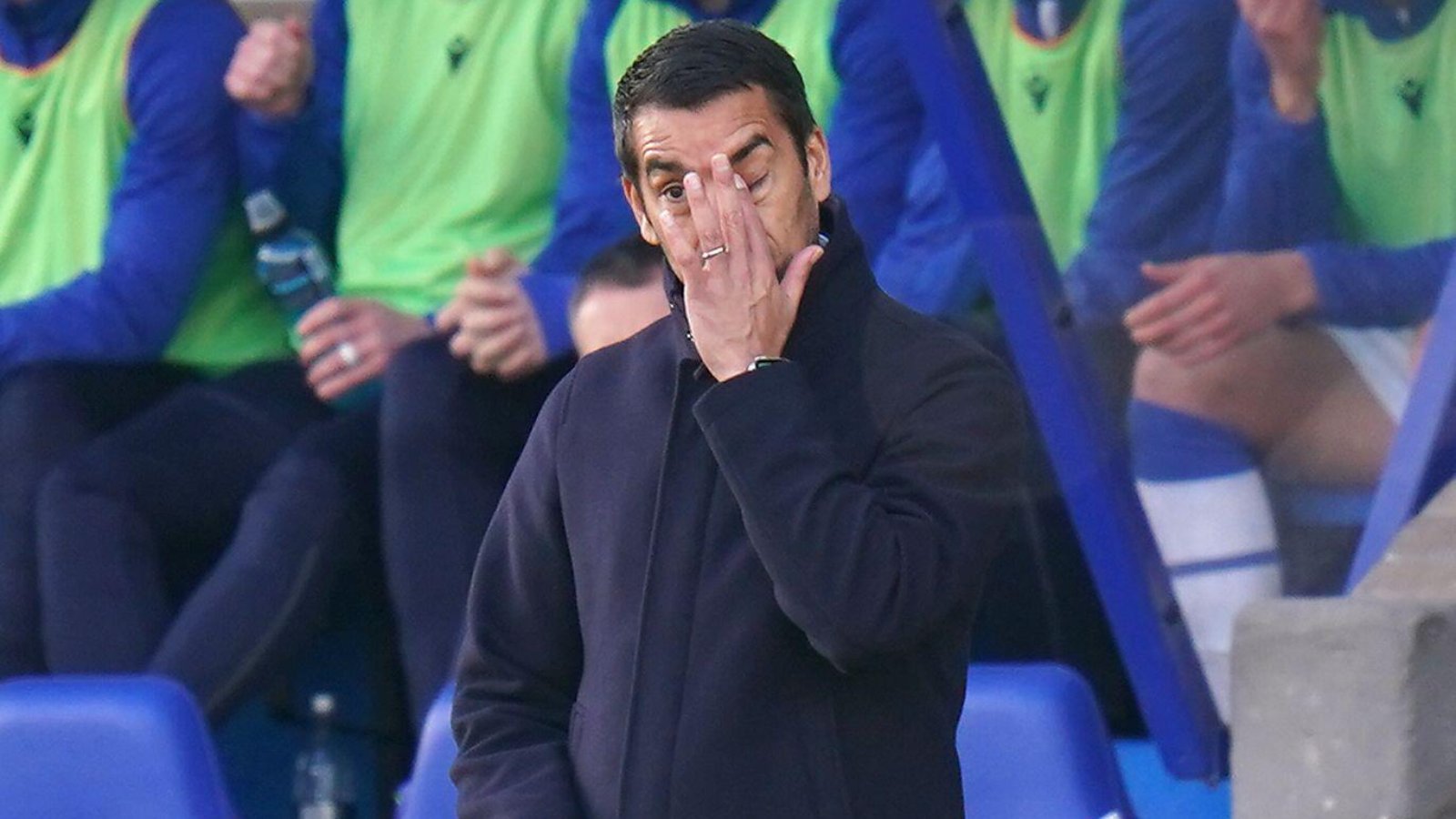 Gers slipped seven points adrift of cinch Premiership leaders Celtic at the weekend as a 2-1 reverse in Perth heightened the pressure on the Dutchman.

Six months after leading Rangers to the Europa League final, and less than a year into his reign, Van Bronckhorst now faces what could be a critical week.

Rangers host Hearts on Wednesday before travelling to Paisley to face a St Mirren side that ended Celtic’s 364-day unbeaten league run at the same venue in September.

Any worsening of their situation in the title race would leave Van Bronckhorst vulnerable, particularly ahead of a five-week interval between games which would offer clubs the chance to bed in a new manager.

Souness said on talkSPORT: “Miserable European campaign, losing to Celtic, it’s going to be difficult for him to recover. He’s got to beat Celtic twice. Celtic have to slip up.

“Managing Glasgow Rangers isn’t an easy job, as I’m sure managing Celtic isn’t. Because there’s games you’re expected to win simply because, certainly in my day, I could have one player that I bought who is worth more money than the whole 11 players we were playing against. That in itself brought its own pressure.

“Glasgow Rangers are expected to win every game they play and that’s the price on the ticket when you manage that enormous football club. And right now he is under pressure.”

Celtic leapfrogged Rangers after Van Bronckhorst took over in November last year with the help of a 3-0 derby win in early February, and never looked back.

But the former Ibrox midfielder had credit in the bank over the summer after leading the team on a memorable European run which only ended in defeat on penalties against Eintracht Frankfurt in Seville.

Days later he guided Rangers to Scottish Cup final victory over Hearts to clinch a major domestic cup for the first time since the club emerged from the financial implosion at Ibrox in 2012.

Qualification for the Champions League was another major step for Rangers but the tournament proved a step too far at this stage as the Ibrox men ended with an all-time low record of six defeats and -20 goal difference.

Another heavy defeat at Celtic Park preceded the group campaign as the Light Blues went down 4-0 and recent slip-ups against Livingston and now St Johnstone have allowed the champions to extend their lead.

Former manager Ally McCoist feels Rangers are paying the price for failing to adequately replace some of their summer departures.

Antonio Colak has impressed up front but the only other two summer signings who started in Perth, Ben Davies and Malik Tillman, were both taken off on the hour with Rangers two down.

McCoist said: “We’ve lost players that were capable of getting a team to a Europa League final and not replaced them with anything like the same quality or the same physicality.

“We lost (Calvin) Bassey for great money – £22million – to Ajax. (Joe) Aribo’s away to Southampton, (Nathan) Patterson away to Everton. These were all definitely excellent players but also had a physicality about them.

“It’s quite simple: they’ve not been replaced. The standard of football is nothing like as good as it was last season.”

McCoist fears Celtic will only get stronger after two late goals against Dundee United earned them their seven-point lead.

“Celtic, in typical Celtic fashion, and that’s a compliment, lost a goal to make it 2-2 round about the 89th minute and still find time to score two goals, because they’ve got something about them,” he said.

“There’s a general concern and a real worry from the fans that the gap is going to get bigger, rather than smaller.”

Former Rangers striker Kenny Miller believes there is a major lack of confidence and creativity in the team and that there needs to be “serious thought” about the manager’s position within Ibrox.

“With two games left I still think they can see through the break and if they can get maximum points it gives you five weeks to do some serious work on the training ground and get key players back fit, and hopefully attack the second half of the season.

“Gio will know the pressure that will fall on his shoulders and that real questions are going to be asked of him.”

READ MORE: The World Cup in Qatar is an ugly metastatic cancer in the football body; we are all guilty