Home All The News Souness goes in hard on Lingard, Dele Alli and England 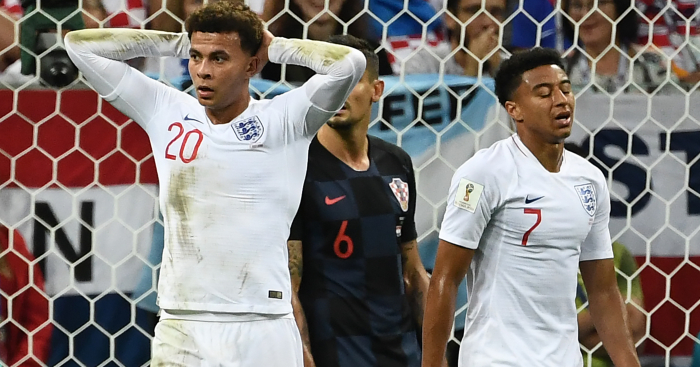 The former Scotland midfielder was speaking in his role as a pundit for BeIN Sports after England were knocked out by Croatia in Wednesday night’s semi-final.

Croatia came from behind to win 2-1 after extra-time – a result which prompted Souness to attack the Three Lions, with Jesse Lingard and Dele Alli specifically criticised.

Souness said: “I want to emphasise the midfield. You can’t win the big trophies, you can’t dominate football matches, you can’t put yourself in a position where you are not giving the ball away unless you’ve got good players in midfield who can keep the ball.

“I come back to Lingard and Dele Alli – two players who want to get on the end of things after there has been clever play by somebody else.

“They don’t want to get involved in keeping the ball and dominating possession.

“They want to be involved in scoring the goals and getting on the end of things.

“Put a line through the Belgium game, that doesn’t count.

“Then they play Colombia and in the second half, Colombia were much better than them. England came back in extra-time but only after a Colombia player hit the crossbar.

“They get through on penalties.

“Then they play a team in Sweden who were in awe of England. Both played a similar sort of game; long ball and feed off the bits.

“Tonight is the first time, other than the Belgium game, that they have come up against a team who wants to pop it around and keep possession – and they really, really were shown up for being a back-to-front team playing very basic football.”

Harry Kane is two goals clear in the running for the Golden Boot, but Souness reckons the Tottenham striker will become fed up with playing such a style of football.

“Harry Kane never got a kick tonight,” said the former Liverpool midfielder. “Prior to tonight, he had five shots on target in all the games.

“Harry Kane does not get shots on target because nobody is passing him any quality passes.

“He’s not getting any supply. Harry Kane will come back from that with the Golden Boot, but I don’t know the boy he might be happy, but Harry Kane will not be happy playing in that style of football.”