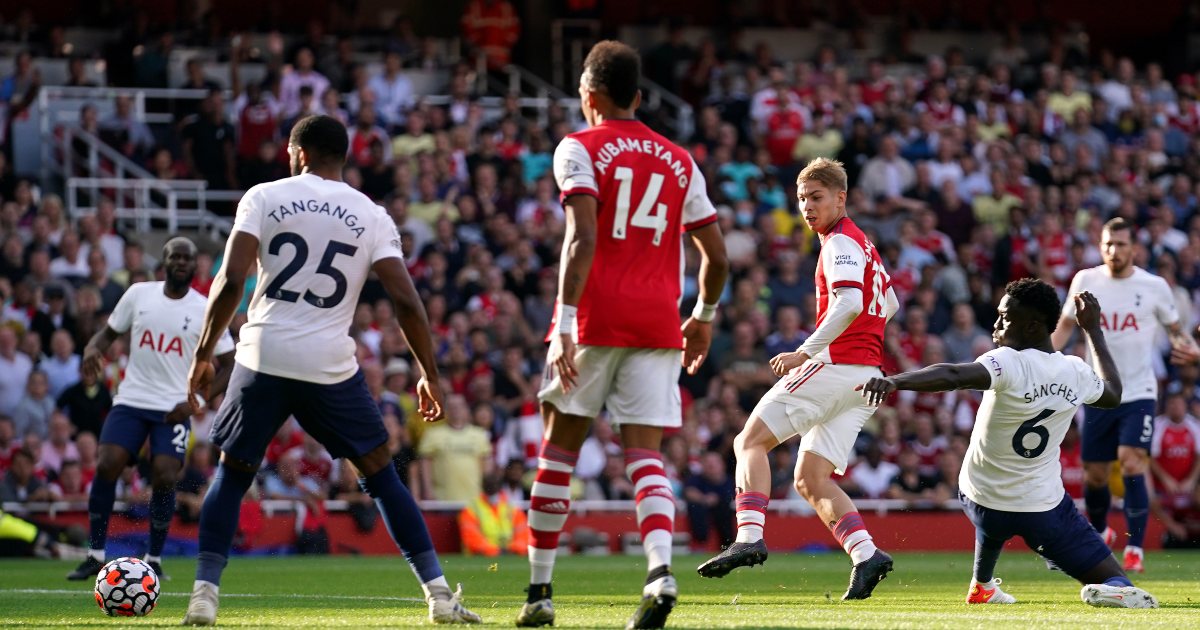 Graeme Souness destroyed the Tottenham midfield and specifically Pierre-Emile Hojbjerg after they were beaten 3-1 by Arsenal in the north London derby.

The Dane sat too deep during a first half when Spurs were destroyed by Arsenal, who raced into a 3-0 lead with goals from Emile Smith Rowe, Pierre-Emerick Aubameyang and Bukayo Saka.

They have now conceded nine goals in their last three Premier League games.

Souness was apoplectic on Sky Sports, saying: “I accept that sometimes you see midfielders going to get it cheap off the back three or back four, when you’re on the front foot and maybe dominating the game and looking to get things started, but when you’re not dominating the ball, you need to get your midfield up against their midfield to stop them dominating you.

“That first half was so one-sided and it was screaming at me from here. Spurs were defending the end we were sitting and Hojbjerg – time and time again – could hold hands with his centre-backs, when they were getting outnumbered and outmuscled in midfield. Go in there and join in the fight.

“They spent the whole time on the back foot and it’s screaming at them – to me at least – what they are not doing. They weren’t competitive in any shape or form.”

His fellow pundit Tony Adams then said he was not happy singling out players but then singled out Dele Alli for “not being at the races”.

Tottenham keeper Hugo Lloris, speaking to Sky Sports, said: “We lost complete control in the first half. We got smashed and then had a good reaction.

“It’s frustrating and very disappointing. It’s the moment to stick together and carry on. The players were ready but we lost a bit of control. We lost the balance in the middle of the pitch.

“When you concede three goals in each of the last three league games you cannot hide the problems. But we are professional. There is a long way to go. We need to stay calm.”