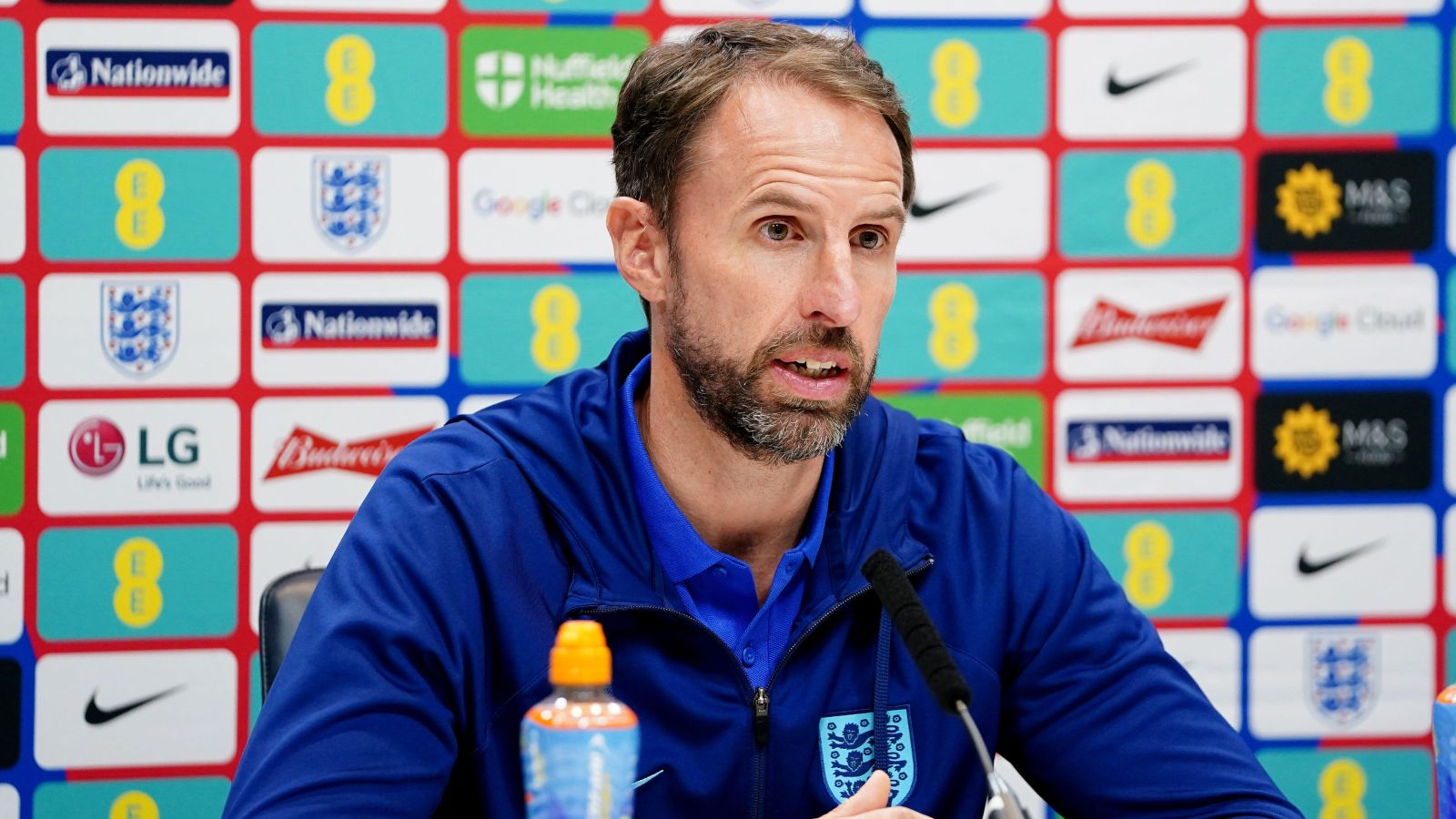 Simon Jordan and Graeme Souness have clashed over the criticism levelled at England boss Gareth Southgate over the last few days.

England were relegated from their Nations League group on Friday following their drab 1-0 loss to Italy in the San Siro.

That has led to a fan and media backlash against Southgate ahead of the World Cup with some of our Mailboxers even calling for him to be sacked.

Redknapp? Rodgers? What England need is another Gareth Southgate

Southgate’s time in charge of England has largely been successful with the Three Lions reaching the semi-finals of the World Cup in 2018 and the final of the European Championship in 2020.

But there are worries about the recent lack of goals and creativity from a talented England squad with the World Cup in Qatar just a couple of months away.

Souness has some sympathy with Southgate, believing the England boss has plenty of “credit in the bank” but Jordan reckons the recent criticism has been justified.

Here’s the full transcript from their 232-word debate on talkSPORT:

Souness: “You speak to any ex-England manager and they say it is the most difficult job out there. For some reason, you turn on yourselves. It’s madness.”

Jordan: “But it’s not true, Graeme. People observe on what they see. Do you want high expectations or no expectations?

“The challenge is you have a country who expects.”

Souness: “He’s got credit in the bank. He’s been to a final of the Euros, semi-final of the World Cup in Russia.

“Then I come back to it, the players are not at it. I’ve been a player, I’ve been there.”

Jordan: “That’s great. ‘Pull on a shirt for England, you’re not at it’.

“Hang on, try and get the average man on the street to understand it.”

Souness: “It needs to be explained to them.”

Jordan: “Why should it have to? People get picked for their country and have the luxury of not being at it.

“You mean they [the public] need to swallow crap. Get on with what we are prepared to give you.”

Souness: “They made the noises that this was replacing friendlies. They’ve replaced friendlies with friendlies.”

Jordan: “But they also made the noises that after the June friendlies and that debacle that ‘we will be better’.”

Souness: “You know after this I can’t go back to Scotland.”

Jordan: “You can criticise or you can praise, you don’t qualify for tournaments. That irrelevance is incidental.”

Souness: “We are now top of the table…”