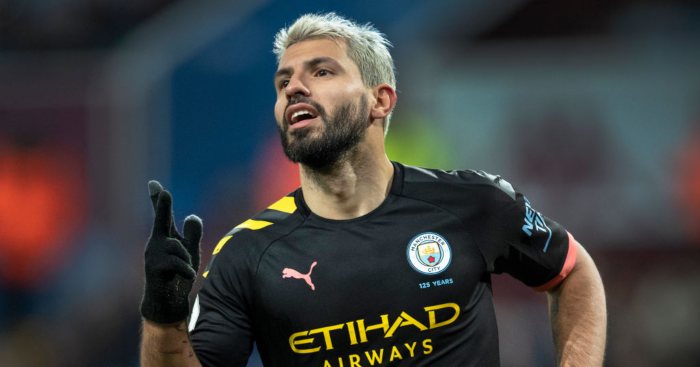 Aguero’s hat-trick in City’s 6-1 romp at Aston Villa made him the Premier League’s record overseas scorer with 177 goals.

Riyad Mahrez’s first-half brace and Gabriel Jesus’ goal made light work of Villa, who crumbled to their sixth defeat in eight top-flight games on Sunday.

Liverpool, meanwhile, seem to be romping to the Premier League title with 61 points from a possible 63 and have mounted a lead of 14 points over second-placed City.

Despite the Reds’ almost faultless campaign, Souness reckons Aguero would get into their team ahead of Roberto Firmino, Mohamed Salah or Sadio Mane.

“Who would not take him? Real Madrid would, Barcelona would. You’re thinking Liverpool would, he’d get in that front three as well,” Souness told Sky Sports.

“I don’t think there is any team in the world he would not get in.”

On his hat-trick against Aston Villa, Souness added: “He rides a couple of challenges (his second goal) and goes through them, he’s so powerful. He’s only focussed on the ball, he knows where he is and he guides it.

“What’s he got, he’s always been a powerful player. When he gets into this situation (his third goal) he steadies himself, little backlift, smash.

“He’s got the power but he’s also got the timing. The goalkeeper gets his arms up but the ball is already past him. We pointed out in the first half, things before the (first) goal, he has to take a touch out of his feet and then chases to the byline to keep it alive.

“He does things that very few people can and he does it in the most difficult area.

“People look to leave a little bit on him but he’s a powerful little man, he’s brave and he has qualities few people have. He’s brave, he’s strong, he’s got great technique.”