Home Manchester United Souness lays into Fernandes: ‘Not in my dressing room’ 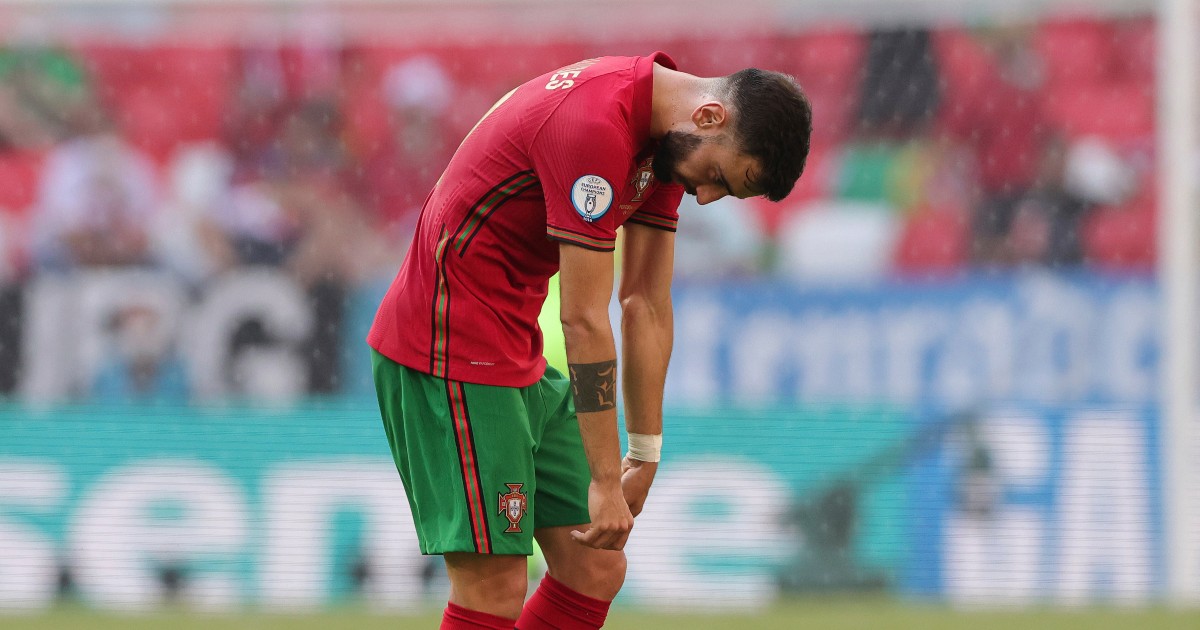 Graeme Souness thinks Bruno Fernandes is a talented player but has laid into his demeanour on the pitch.

Fernandes is yet to truly impress at Euro 2020, failing to score or assist any of Portugal’s five goals in Group F thus far.

The midfielder started 35 Premier League games for Manchester United this season but was substituted before the final whistle just seven times, being removed by Ole Gunnar Solskjaer before the 80th minute only twice: against Arsenal in November and Leeds in December.

But Fernando Santos has taken Fernandes off in both games thus far this summer, waiting until the 89th minute to replace him against Hungary but taking him off after barely an hour in the poor defeat to Germany.

Souness was unimpressed with the 26-year-old’s histrionics on the pitch during that game as Fernandes failed to make an impact throughout despite his ability.

“He’s an exceptionally talented boy, there is so much to like about him. A great striker of the ball, when he shoots he makes the goalkeeper work,” he told ITV Sport.

“I played with players that would not be accepting of the thing you just touched on [petulance], you know he doesn’t get the ball and he is waving his hands around.

“He would not have lasted more than five minutes in my dressing room, but he is a wonderful, talented boy.

“It would be more along the lines of ‘Who do you think you are? We play as a team, we win together, we lose together’.

“So all that nonsense, shaking your head and waving your arms at your own teammates, is a no no for me.”

Fernandes has been in contract negotiations with Manchester United for some time and is expected to sign an improved deal in due course.

It turns out the club are busy trying to make Paul Pogba the highest-paid player in the Premier League, mind, so the Fernandes talks might be put on hold for a while.