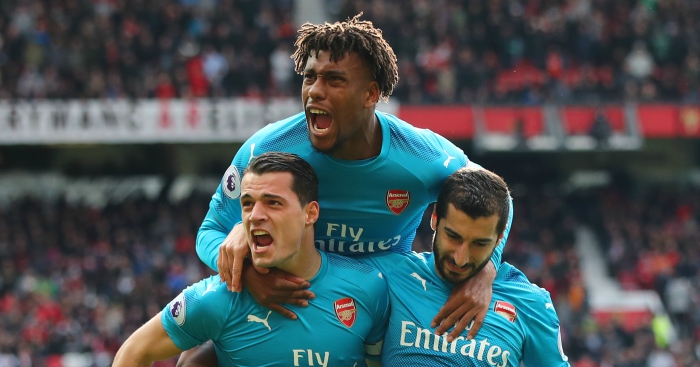 Graeme Souness has identified Arsenal’s problem: “They need a couple of men to sort these things out.”

As noted in 16 Conclusions however, the Gunners played well at Old Trafford and were unfortunate to lose.

Arsene Wenger made eight changes to his starting line-up with an eye on Thursday’s Europa League semi-final second leg against Atletico Madrid.

A number of youngsters featured and impressed, but Souness still believes “they need a couple of men” to succeed under Wenger’s successor.

“What is that? That is pretend football. That’s what you see from under-12 kids on the park. I’m sorry, not good enough.

“It’s more of the same from Arsenal. That guy is 25-years-old, he’s been at Arsenal two years. Is that the first time he’s done that in a game? I would question no.

“Does he do it in training? Yes. Why’s it not been pointed out to him you don’t do those things? That cost them that goal.

“Arsenal have been neat and tidy. You say it’s not the worst Arsenal performance you’ve seen, but they’ve been like this for a decade.

“When it comes to the critical things in the game, they’re not professional. I said this a decade ago, they need a couple of men to sort these things out.

“No one is pointing the finger at Xhaka saying: ‘You don’t do that, stay on your feet you fool!’ They’re naïve in the basics of football.

“I could have got away with that once in my Liverpool career, and I’d have been sat on the bench watching the rest of the game until I learned.”