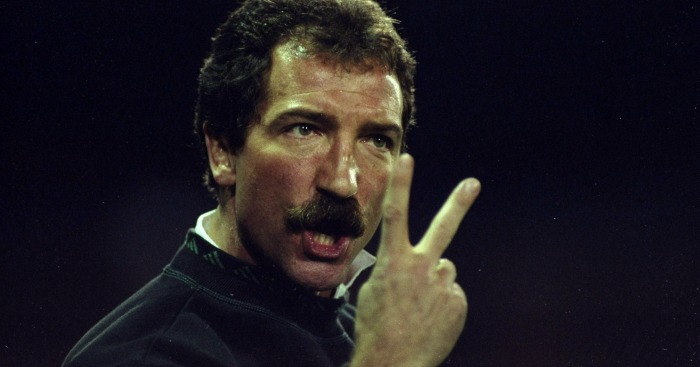 Former-Liverpool manager Graeme Souness has revealed that he rejected the chances to sign Peter Schmeichel and Eric Cantona during his time in charge of the Reds.

Souness became the Liverpool manager in 1991 and endured three difficult years with a club where he was seen as a legend as a player.

He told The Sunday Times how he struggled with how much the club had changed when he became the manager – and spoke of how differently things could have panned out, had he opted to sign two potentially huge players.

“I missed out on two players who went on to become Manchester United legends.

“Ron Yeats, the chief scout then, told me there was a young Danish goalkeeper — Peter Schmeichel — who was a Liverpool fan and willing to pay his own travel and hotel in exchange for some time with us.

“I was trying to ease out Bruce Grobbelaar and that was proving a hassle, plus I had just signed David James, so I thought I could do without a rookie keeper.”

Another player who was pivotal in United replacing Liverpool as England’s most succesful club was Eric Cantona, coincidentally another player Souness didn’t take the option to buy on.

“Eric Cantona was another I missed out on.

“We played Auxerre at home and Michel Platini came to see me afterwards.

“He said he had a player for me, a problem boy but a proper player. It was Cantona, but I said the last thing I needed was another problem player.

“I had 30-pluses I was trying to get out, so I didn’t need more hassle. I said I was looking for something else and so it was no thanks.”