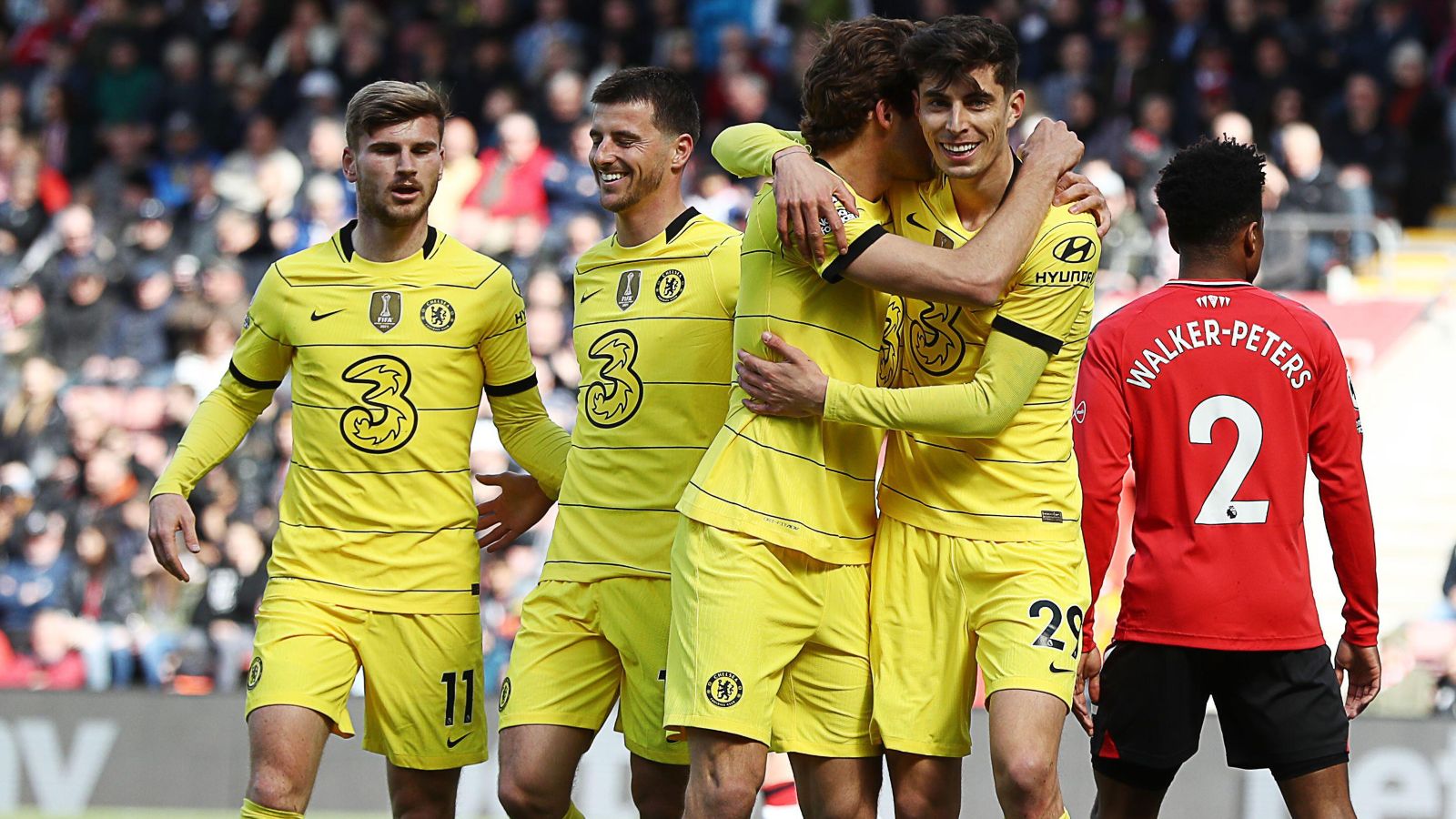 Timo Werner struck the woodwork three times but he was still able to net a brace.

Where Lukaku ranks among the 14 Chelsea strikers since Drogba

Chelsea’s fourth win in their last five Premier League matches inched the Blues ever closer to a third-place finish, with London rivals Arsenal and Tottenham starting to lag behind in the table.

Chelsea held summit talks on Thursday in a bid to hit back after leaking seven goals in two matches, given the Blues’ 4-1 home reverse to Brentford last Saturday.

Tuchel admitted he did most of the speaking in a tough-love talking-to for his players, and on this evidence that mix of meeting-room candour and late-night candy has paid immediate dividends.

Chelsea’s German coach insisted the Blues’ Champions League chances were all but over after that first-leg loss to Real.

The Blues will at least now head to the Bernabeu Stadium on Tuesday night buoyed up by a victory as bullish as it was bullying on the south coast.

Southampton slumped to their fifth defeat in six matches in all competitions, with their last win the 3-1 FA Cup victory over West Ham on March 2.

Saints’ third-heaviest loss under Hasenhuttl, after the much-documented 9-0 humiliations at the hands of Leicester and Manchester United, crystallised a wretched run of form.

Chelsea were so dominant so early in this clash as to be playing keep-ball with little more than half an hour on the clock.

Werner struck the left post on a quick break to open the afternoon, before inexplicably heading against the bar from point-blank range.

The pacy forward had the goal at his mercy after Ruben Loftus-Cheek’s fine cross took Fraser Forster out of the equation, but somehow managed to scoop the ball upwards and onto the crossbar.

Not content with teeing up the opener, Mount quickly fired home himself – requiring just one touch to steady himself and another to hit the corner of the goal from 20 yards.

Ward-Prowse’s back-header gifted Werner a clear run on goal and this time the Germany star kept his cool, rounded Forster and slotted home.

The Blues were not finished either, with Werner reverting to type to complete that unwanted treble by striking the right post – allowing Havertz to tap into the unguarded net.

Chelsea took that 4-0 lead into the break, whereupon Havertz was replaced by Christian Pulisic.

Werner tapped into an empty net to open the second half, profiting after N’Golo Kante’s cute chip was only parried by Forster.

Mount then quickly swept in after a six-yard box scramble to put the Blues 6-0 up comfortably inside the hour.

Chelsea coasted out the rest of the contest, providing the perfect riposte and offering perhaps just a glimmer of hope for next week’s trip to Madrid.