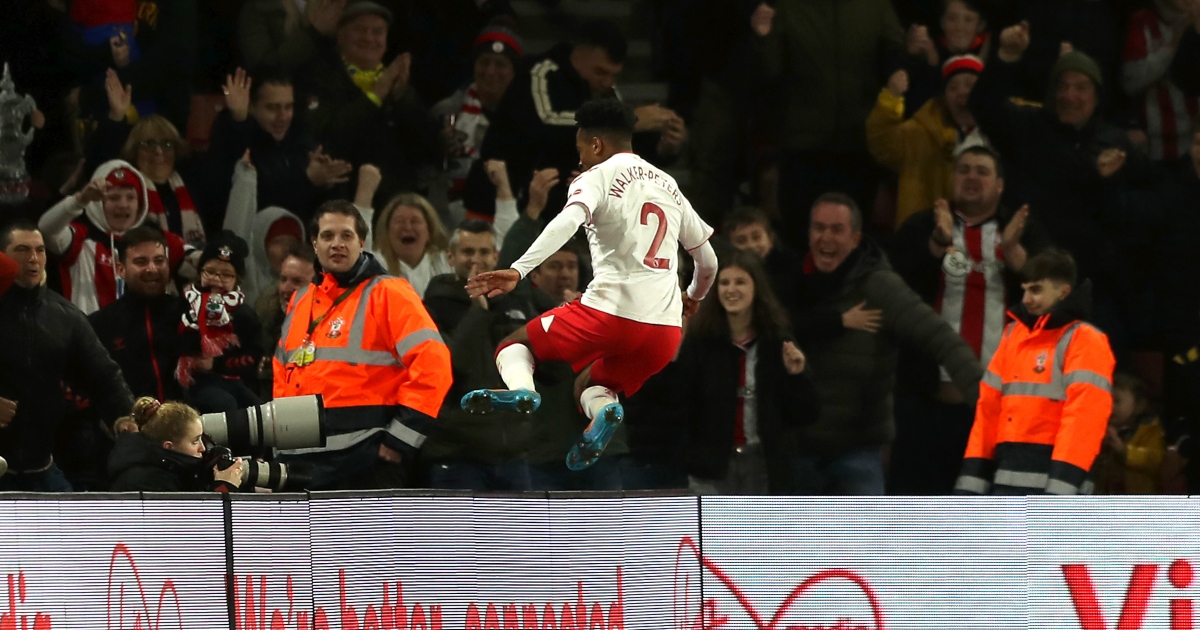 Kyle Walker-Peters saved Southampton from a penalty shootout as the Saints knocked Coventry out of the FA Cup in extra time.

Coventry, 11th in the Championship, were leading through a fine first-half goal from Viktor Gyokeres and had chances to be even further ahead.

A mix-and-match Saints side which featured 17-year-old debutant Thierry Small at left-back and Shane Long and Theo Walcott – with a combined age of 67 – in attack, were second best throughout the first half.

But after the break Armstrong produced a magnificent long-range effort to take the match into extra time, then fellow half-time substitute Walker-Peters fired them into the fifth round with a 2-1 win.

But Coventry can feel hard done by after going toe-to-toe with the Premier League side for long periods.

In the opening moments Josh Eccles’ low drive from the edge of the area forced Saints keeper Willy Caballero into a sharp diving save.

Southampton were denied a 12th-minute opener when Adam Armstrong pulled the ball back to Walcott, whose first-time shot was brilliantly beaten away by City keeper Simon Moore.

Small had a heart-in-mouth moment when he misjudged a headed clearance and was relieved to see the ball fly straight into the arms of Caballero.

But veteran keeper Caballero was powerless to stop Coventry taking a 22nd-minute lead through a classy Gyokeres goal.

The Swedish forward exchanged passes with Ben Sheaf on the edge of the box before slotting a precise finish into the corner of Caballero’s net.

The Sky Blues could have been out of sight by half-time with Ian Maatsen volleying narrowly over from a corner and then drilling a low effort just wide.

Nathan Redmond, on as a substitute for injured defender Lyanco, had a chance to fire Saints level before half-time but Moore, who was released by Southampton at the age of 12, held his shot.

At the break Saints boss Ralph Hasenhuttl sent on Walker-Peters for Small and Armstrong for his ineffective namesake Adam.

Michael Rose had an immediate chance to put Coventry two up but headed a Gustavo Hamer corner wide.

Instead Armstrong conjured up a memorable goal to haul the top-flight side level.

Picking the ball up 25 yards out around the right corner of the penalty area, the Scotland midfielder sent the sweetest of strikes with the outside of his boot across Moore and into the opposite corner.

At the start of extra time another Southampton sub, Chelsea loanee Armando Broja raced away down the right but could only find the side-netting.

But with 112 minutes on the clock Broja found Walker-Peters down the left, and he ran at Todd Kane in the area before sending a deflected effort past Moore.

Even then Coventry had chances to take the tie to penalties, but Martyn Waghorn put a far-post header wide and had a goal disallowed for offside as Saints scraped through.