Home All The News Southampton 3-1 Fulham: Tella, Walcott on target for Saints 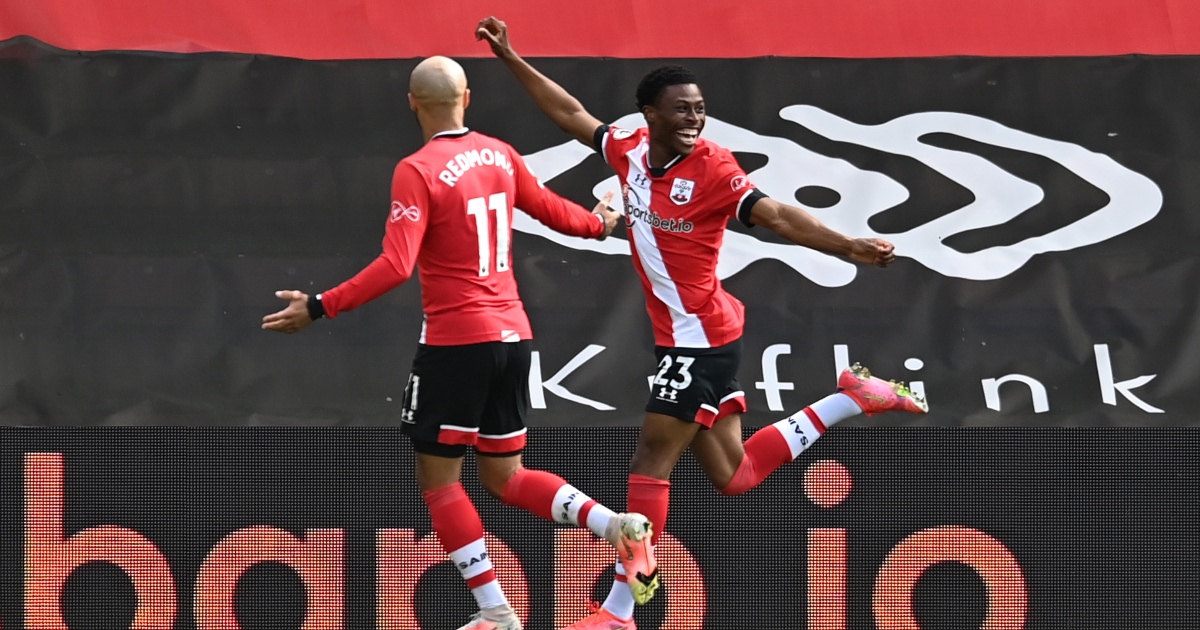 Nathan Tella scored his first goal for Southampton in a 3-1 win over already-relegated Fulham in the Premier League.

The 21-year-old came off the bench to net Saints’ second while Fulham’s consolation came from 18-year-old Fabio Carvalho, his maiden goal for the Cottagers.

Southampton took the lead in the first half when Che Adams scored from a James Ward-Prowse free-kick.

Tella then slotted home a second moments after coming onto the field on the hour mark.

Just as Southampton looked to be cruising towards all three points Carvalho pulled one back for Fulham with a well-struck shot off the underside of the bar.

With Fulham’s fate already sealed for the season, boss Scott Parker decided to give some of the players who had not featured significantly this season a chance, including a maiden senior start for teenager Carvalho.

However, despite the pressure being off the Cottagers, many of the same problems remained, especially the issues in the final third – they only managed three shots on target during the match.

Joachim Andersen was called into action in the 16th minute, to clear the ball away from close to the goal line to prevent Liverpool loanee Takumi Minamino tapping in the opener.

After a scrappy opening period, Southampton took the lead with the first shot on target of the match when Adams fired home from a James Ward-Prowse free-kick.

Carvalho had the chance to level the scores when he was fed by Ivan Cavaleiro but he was unable to get power on the shot which was straight at Alex McCarthy.

Early in the second half, Oriol Romeu forced Alphonse Areola into a diving save with his legs to prevent the home side doubling their advantage.

Moments later Southampton found their second, substitute Tella tapping the ball into the net just minutes after coming onto the field.

Stuart Armstrong drove forward before finding Walker-Peters who played in the final ball for the youngster to score his first Southampton goal.

Not to be outdone by Tella’s first goal, Fulham teenager Carvalho pulled one back for Parker’s side in the 75th minute.

The teenager timed his run behind the backline, before being played in by Bobby Decordova-Reid and firing the ball in off the underside of the crossbar.

However, a goal from Walcott soon restored Southampton’s two-goal lead, with his deflected shot going past Areola, with Tella turning provider for his fellow substitute.