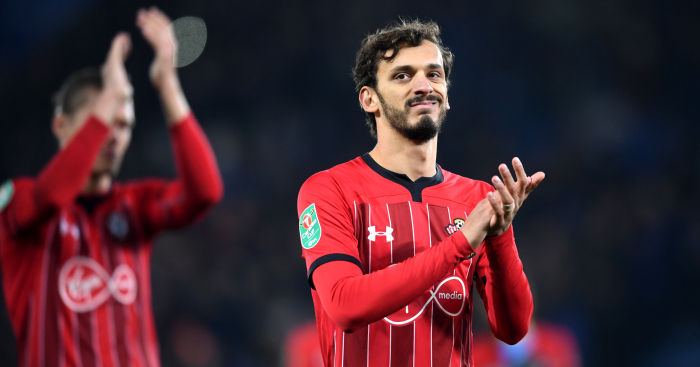 The 27-year-old Italy forward is set to return to his homeland, with a reported £11million deal close to completion.

Gabbiadini joined the Saints from Napoli during January 2017, but found his first-team chances limited this season under former boss Mark Hughes and scored just once.

“He is a good player, fantastic technique, but I think with this intensive pressing system we try to play, it is not his way, so it was better to find a solution which is better for both sides,” Hasenhuttl said at a press conference.

“It is a good step for him to go back to Italy, I wish him all the best

“I am sure he can score goals at every club in the world, but we try to go another way and for that we need other players.”