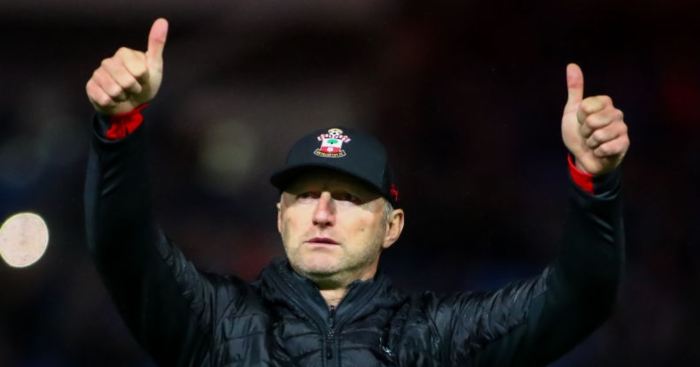 Southampton boss Ralph Hasenhuttl insisted his side produced a “fantastic” away performance to beat Leicester 2-1 at the King Power Stadium.

The Saints were condemned to the heaviest defeat in Premier League history when they lost 9-0 to Leicester at St Mary’s earlier in the season, but have been on a fantastic run of form to see them climb the table.

And Hasenhuttl admitted the Saints were nervous but was delighted with the way they played.

He told Match of the Day: “Fantastic game today from both sides. A good feeling every second of this game that we could win here. It was maybe the best away performance from us this season.

“We played fantastically quick behind the lines. We had to be nervous until the end but we tried to press them high and keep them away from our goal. It was a fantastic game I think.

“It was a very important game for us in this season. We changed completely our mind and worked so hard to find a successful way and at the moment to see this team play enjoyable all the time.”