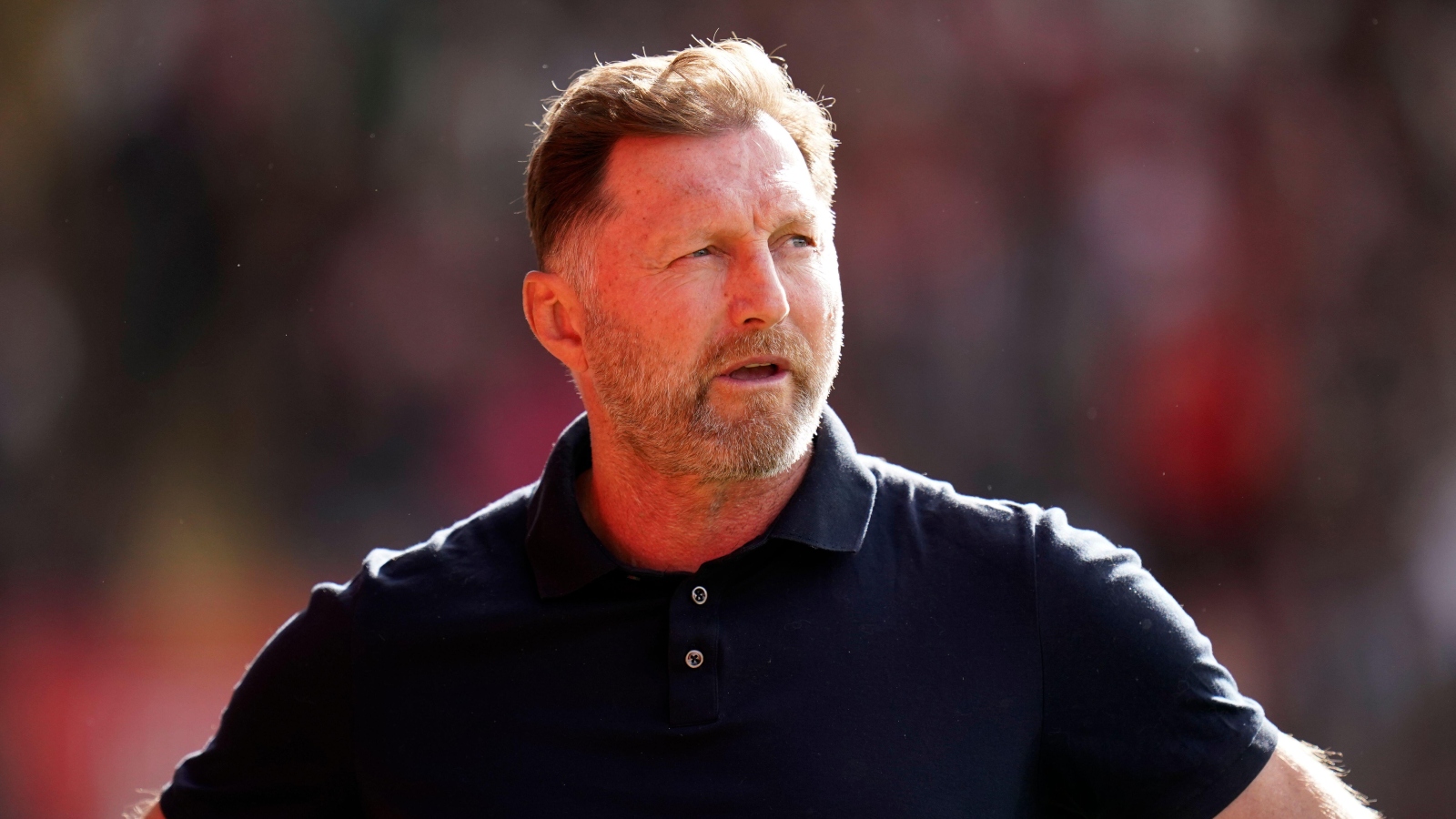 Southampton manager Ralph Hasenhuttl is ‘on the brink’ of being sacked, according to The Telegraph.

The Austrian boss took over at St Mary’s in December 2018 after a two-year spell in charge of RB Leipzig.

He has suffered several setbacks during his time as Saints manager but has survived so far.

Most notably, Hasenhuttl was in charge when his side lost 9-0 at home to Leicester City and 9-0 away to Manchester United.

Following Nottingham Forest’s 4-0 loss at Leicester City on Monday night, many expected Steve Cooper to be the next Premier League manager dismissed.

So far this season, three top-flight managers have lost their job, with Bruno Lage’s sacking as Wolves boss the most recent of the trio.

Amidst rumours that Cooper’s position as Forest boss was being considered, it has been reported today that the Reds will continue with him at the helm.

And just like that, Hasenhuttl is now the favourite to lose his job next.

This is according to The Telegraph, who say his time is coming to an end with ‘a new manager imminent’.

The club’s new owners have apparently been eyeing a new coach for a while now.

Whether or not Hasenhuttl will take charge of Southampton’s Premier League tie against Manchester City this weekend remains to be seen.

If this weekend’s fixture will decide his future, it might be time for Ralph to start clearing his desk already.

No manager is a clear first choice to replace the 55-year-old, the report adds.

Southampton are currently 16th in the league with two wins, one draw and five losses from their opening eight fixtures.

Saturday’s home defeat to Everton has raised concerns over whether or not the Austrian is the right man to steer the Saints up the table.

Their woeful end to last season is also being taken into account by the club’s hierarchy.

And results this term have been disappointing given the summer transfer window the club had.

They spent over £64million and brought in some very promising players such as Armel Bella-Kotchap, Romeo Lavia, Gavin Bazunu and Sekou Mara.

Southampton failed to win a single match in September, with their last win coming against Chelsea on August 30.

Should Hasenhuttl survive the Manchester City clash this weekend he will have two favourable fixtures to take charge of afterwards, with the Saints hosting West Ham before travelling to face south-coast rivals Bournemouth.

The board could potentially be saving these matches for their new boss, however.