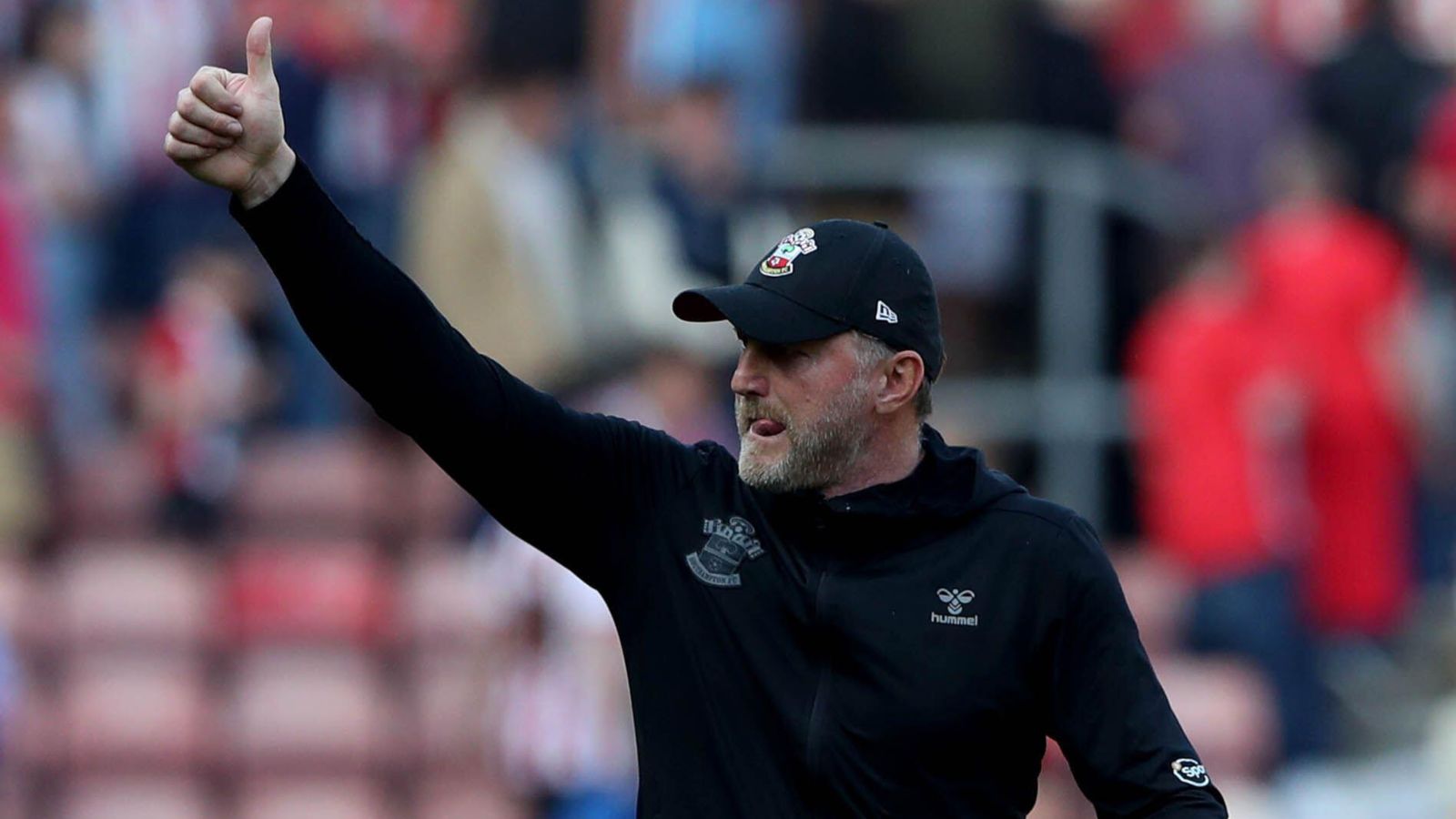 Forster, whose deal expires in the summer, has been out of favour for much of Hasenhuttl’s tenure, including being loaned to Celtic for the 2019-20 campaign.

But the 34-year-old has been ever-present during Saints’ last 15 Premier League games, in addition to receiving an England recall for last month’s international friendlies with Switzerland and Ivory Coast.

Forster was named man of the match after making a string of fine saves in Saturday’s 1-0 win over Arsenal and manager Hasenhuttl is hopeful of retaining his services beyond this season.

“Absolutely, there are a lot of arguments for doing this and I’m sure we’ll find with him a very good solution for the future,” said the Austrian.

“I was very happy with the way he reacted when he got the chance to play and I think he absolutely grabbed the chance with all his effort.

“This is a very good argument for him, definitely.”

Forster was restricted to just nine top-flight outings for Southampton during the past three seasons.

He looked to have no future in Hampshire after Hasenhuttl allowed him to re-join former side Celtic on a temporary deal in the summer of 2019.

Yet, having regained the starting jersey on Boxing Day following an injury to Alex McCarthy, he has resurrected his career on the south coast.

Forster played a pivotal role in the weekend win over the Gunners, producing eye-catching stops to deny Bukayo Saka and Emile Smith Rowe as the hosts ended a five-match winless league run.

Saints hope to further boost their aspirations of a top-half finish away at managerless Burnley on Thursday evening.

Under-23s coach Mike Jackson is in caretaker charge of the relegation-threatened Clarets following the surprise departure of Sean Dyche.

Away day 1️⃣ of 2️⃣ this week.

After analysing the Lancashire club’s 1-1 draw at West Ham on Sunday, Hasenhuttl believes a trip to Turf Moor is now a slightly different proposition.

“It’s a little bit harder at the moment to prepare because of the new situation there,” he said.

“There are some small changes they have made in the last game against West Ham.

“Their manager is there for such a long time and we normally have a team that is absolutely used to what they have done all the time, a very, very clear philosophy.

“And when somebody like him is gone then it’s normal that some things are broken up a little bit and you do things a little bit different.

“You could see that they played a little bit more football and tried to use some spaces a bit more, full-backs are more offensive in some moments, so it was a few smaller margins they have changed.