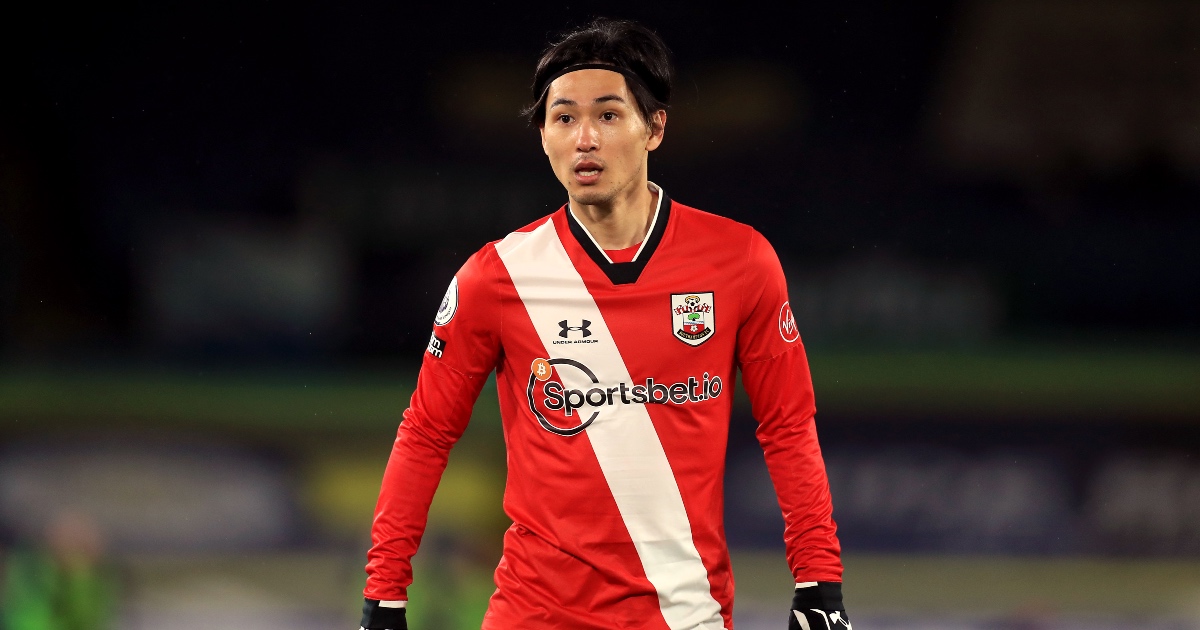 Southampton loanee Takumi Minamino has revealed his ‘surprise’ at being allowed to leave Liverpool.

The Japan international has failed to hold down a starting place at Anfield since joining from RB Salzburg last year.

He secured a loan move to St Mary’s late in the January transfer window to gain regular game time.

Minamino has now opened up on the deal. Speaking to Southampton’s official website, he said: “It was the last day [of the transfer window], after training – around five o’clock, I think. Some guys called me, and it just happened.

“I didn’t expect it at all, so I was probably the most surprised of anyone when I got the call.

“It was a good feeling. For me it was a good opportunity, and I was getting a positive feeling. I wanted to take this chance, and I came here.”

The 26-year-old is aiming to demonstrate his ability as a top Premier League performer before returning to Liverpool this summer.

He will have to compete with the likes of Mo Salah, Sadio Mane and Diogo Jota for a place in Jurgen Klopp’s team.

Minamino added: “For a football player, playing is the most important thing.

“Playing more is helping me to get more confidence back. I want to play more; the more I am helping the team and contributing to wins, the more my confidence will grow.

“I only have a few months left to help the team but I want to work hard and use my full abilities to make sure the team do well and climb up the league.

The Saints enjoyed a brilliant start to the campaign, even topping the table before Christmas.

However, a run of poor performances led to them sliding down the league.

Their results have now stabilised somewhat, with Minamino helping the south coast outfit too.

He’s bagged two goals in his first six appearances and is expected to feature in their next match.