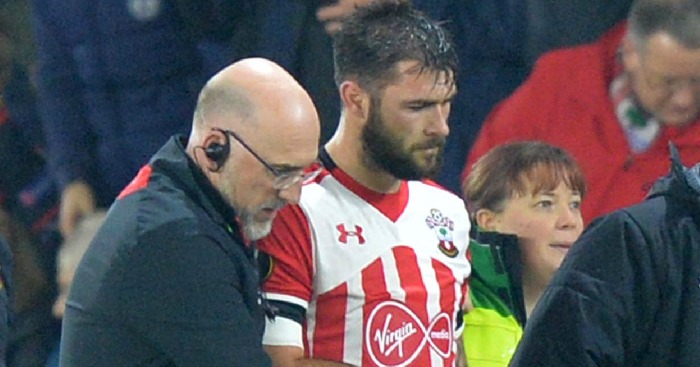 Southampton boss Mauricio Pellegrino will keep his strikers guessing as to who will lead the line as Arsenal visit St Mary’s on Sunday.

Charlie Austin, Shane Long and Manolo Gabbiadini are all in contention to start against the Gunners, with Pellegrino likely to stick to his tactics of deploying a lone striker.

Austin has scored three in his last two starts, having not been named in a Premier League starting XI until the 4-1 win over Everton last month.

He has rotated with Long for the last four Saints games, while Gabbiadini last started in a 1-0 home defeat to Burnley on November 4.

“Obviously our three strikers are different,” Pellegrino said ahead of the Arsenal game.

“They have different profiles and different qualities but the connection between them is good.

“I think we can play with different strikers and keep the same idea, we know some are better at keeping the ball and we know Shane and Manolo are maybe better at running in behind and I think we have to adapt to every situation.”

Austin is arguably the favourite to be given the nod given he has returned to the side and started to score goals, including the equaliser in last weekend’s 1-1 draw at Bournemouth.

The 28-year-old had gone almost a calendar year without a Premier League goal before he headed in a brace in the 4-1 victory over Everton and followed that up by rescuing a point at the Vitality Stadium.

Now Pellegrino, who praised Austin’s recent efforts in training as part of the reason behind his recall, wants to see the former QPR forward kick on.

“Hopefully he will continue in the same way now his confidence is high,” he added.

“We have to create chances to try and find in every single game a different solution, different ways to try to attack.

“Everyone knows about the other teams and how to defend, in this small space we have to be really clever to decide as quickly as possible, depend on everyone and hopefully we can continue scoring goals.”

Saints will be without defender Cedric Soares on Sunday as the Portugal full-back continues his recovery from a hamstring injury suffered in the recent late defeat to Manchester City.

Other than that Pellegrino has no fresh injury concerns as his side go in search of a fourth home league win of the season.