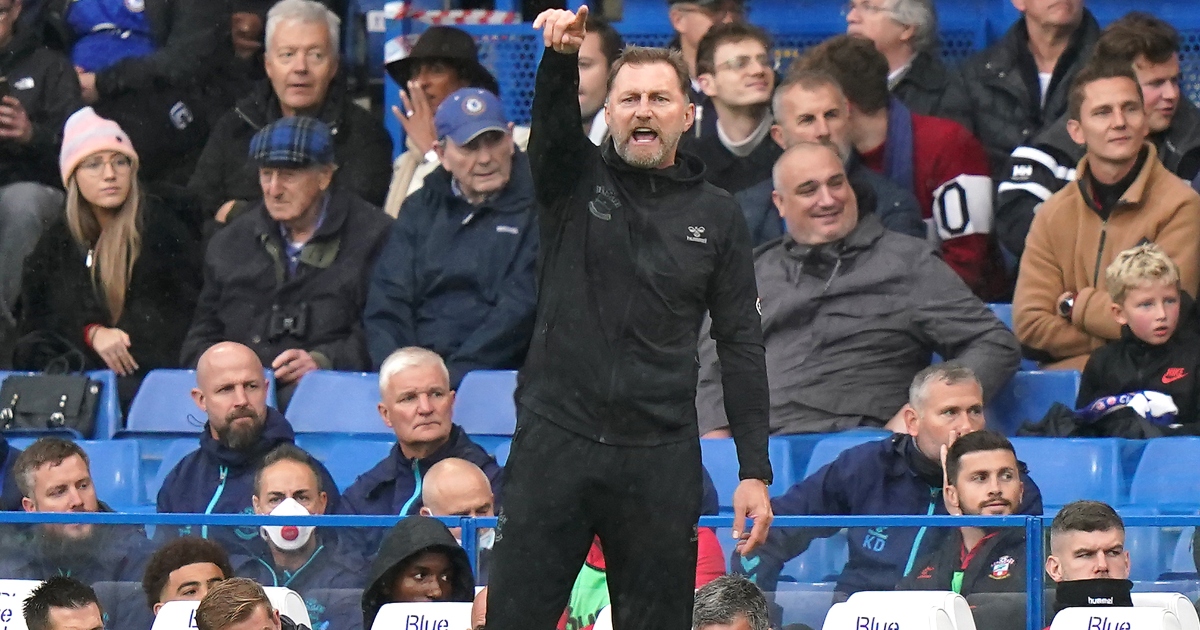 Southampton players are ‘expecting’ manager Ralph Hasenhuttl to be sacked in the coming weeks, according to reports.

The Saints are currently 17th in the Premier League – winless in their opening seven fixtures – drawing four and losing three.

Their poor start to the season has increased the pressure on the Austrian manager, who has been at St Mary’s since December 2018.

Levy fury at Newcastle takeover only highlights his flaws

And according to Football Insider, there is a “strong feeling” within the squad that Hasenhuttl will not be at the club much longer.

The 54-year-old has earned plaudits during his time in England for implementing a positive style of play. However, his side have been on the wrong end of some disastrous scorelines.

Southampton were beaten 9-0 by Leicester City in front of their own fans in 2019/20, and experienced another 9-0 defeat the next season, this time against Manchester United.

If Hasenhuttl is dismissed, ex-Bournemouth boss Eddie Howe would be ‘keen’ on becoming the Austrians successor, the report adds.

Howe has been out of managerial work since leaving the Cherries at the end of 19/20 following their relegation and the 43-year-old is happy to bide his time to get the hot seat at St Mary’s.

Another alternative to Southampton for Howe is Newcastle United, who have recently been bought by a Saudi-led consortium.

Also in the running to replace Steve Bruce – who appears to be on borrowed time at St James’ Park – is Lucien Favre, Frank Lampard, Antonio Conte and Steven Gerrard.

However, The Sun claim Conte would turn down the chance as he would like to manage a club more capable of winning titles straight away.

“The Toon Army are excited about the future, and there is a real feeling of optimism after the way things were for a number of years under the previous owner, Mike Ashley,” Dalglish said in the Sunday Post [via The Herald].

“Has has been fantastic for Rangers. He won their first SPFL Premiership title for 10 years in a crucial season, given Celtic were going for 10-in-a-row.

“He also made some huge strides in European competition.

“His only focus will be on Rangers and Saturday’s massive game at home to Hearts.”