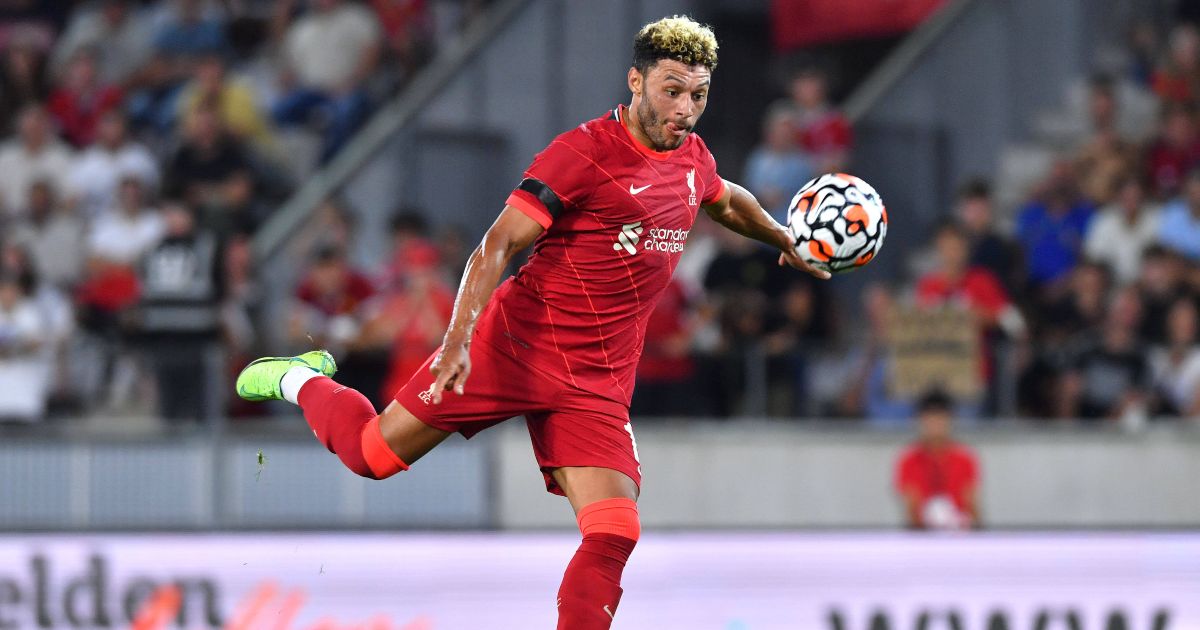 Southampton want to bring Liverpool duo Alex Oxlade-Chamberlain and Takumi Minamino back to St Mary’s this summer, according to reports.

Oxlade-Chamberlain moved to Arsenal from Southampton in 2011 for £15m before joining the Reds in 2017 from the Gunners for £35m.

His time at Anfield has been badly impacted by injuries with the midfielder only making 33 Premier League starts in four seasons under Jurgen Klopp at Anfield.

However, with Georginio Wijnaldum leaving and Liverpool looking for more attacking intent from midfield, it could be Oxlade-Chamberlain’s season to cement a place in Klopp’s side.

But that hasn’t stopped other clubs looking at him with talkSPORT claiming Southampton are ‘keen to sign’ their former player on loan this season.

Southampton ‘believe Liverpool are open to offers’ for the Ox, who made 13 Premier League appearances in the 2020/21 campaign.

West Ham have also been linked with a move for the 27-year-old with only two years remaining on his contract at Anfield.

Oxlade-Chamberlain’s Liverpool team-mate Minamino was on loan at Southampton for the second half of last season and talkSPORT adds that the Saints have ‘also made enquires about his availability’.

Southampton have made three signings so far this summer with Theo Walcott returning on a free from Everton, Romain Perraud signing for £11.7m from Stade Brest and Valentino Livramento joining for £5m from Premier League side Chelsea.

Meanwhile, Southampton boss Ralph Hasenhuttl thinks becoming a club legend is “not very interesting anymore” for players in the modern era as he struggles to get players to sign new contracts.

Hasenhuttl said last week: “It is getting more and more difficult these days to extend contracts with players. You can see this. The whole system for me doesn’t work like it should do, for me.

“Meanwhile, players are speculating for being free transfers and then can go anywhere they want. The question is do they make a better step forward or do they get the chance to go to a big club and I can understand this.

“For the smaller clubs it is an issues because we’ve paid a lot of transfer money. For Ings we paid a lot of money, for Vestergaard we did too. To extend contracts at the moment it is quite tough with players.

“They are sometimes not interested to stay long at a club or go for a very long time with a club. Times have changed. To become a legend at a club is not very interesting anymore sometimes for players.

“It is not good for football, but this is the market and we have to play the game like other clubs too. We have players here who really want to be with us and want to perform with us.”