Saints have announced measures to help the club and non-playing staff through the ongoing Covid-19 pandemic. 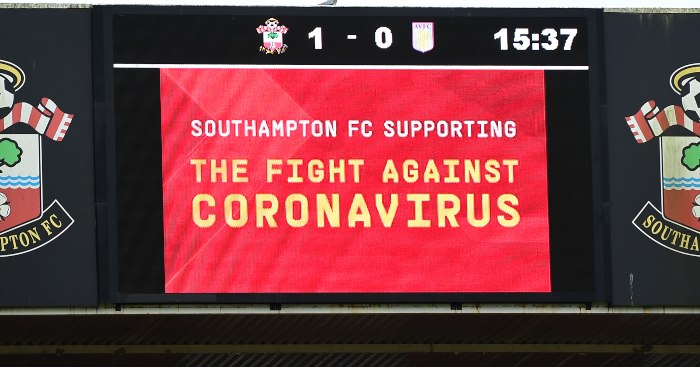 Southampton have become the first Premier League team to announce an agreement with their players over wage deferral during the coronavirus crisis.

Saints have announced measures to help the club and non-playing staff through the ongoing Covid-19 pandemic.

Southampton‘s players, manager Ralph Hasenhuttl and his coaching staff have agreed to defer part of their salaries for the months of April, May and June “to help protect the future of the club, the staff that work within it and the community we serve”.

In addition, the club have confirmed they will not use the Government’s Job Retention Scheme during that three-month period.

In a statement, Southampton said: “Our owners, Mr. Gao and Katharina Liebherr have put measures in place to ensure that all staff not deferring part of their salaries will continue to receive 100% of their pay, paid in the normal way until 30th June.

“Any decision on the future beyond this date will be made in advance of this, but only when more information is known.

“In these unprecedented times we are dealing with many challenges to our business model and day-to-day operations.

“The situation is ever-evolving and we will continue to monitor and assess the impact to the club over the coming weeks before deciding any further action necessary.”