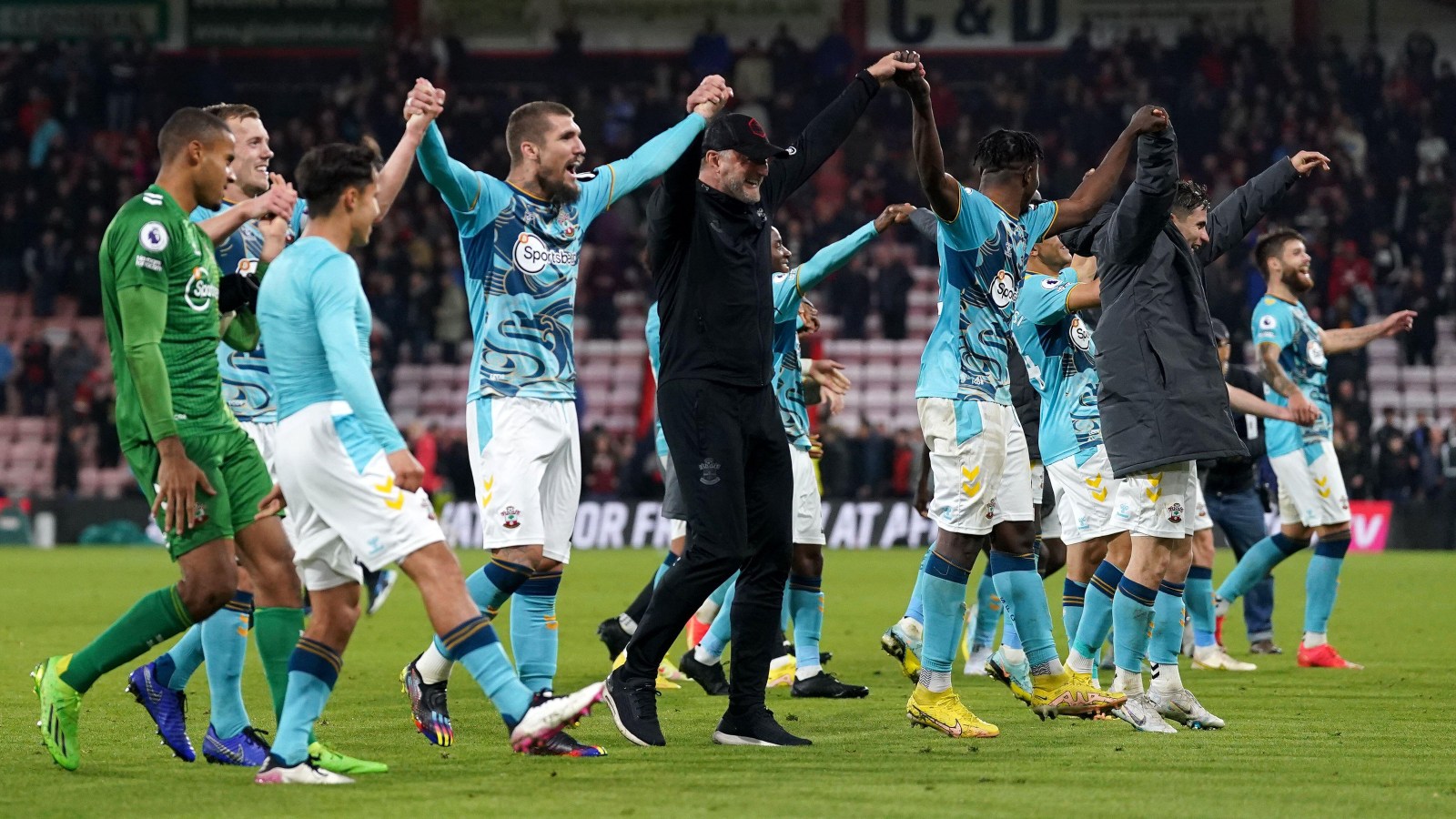 Under-fire Southampton boss Ralph Hasenhuttl was relieved to be on the right side of fine margins after easing pressure on his position with a vital victory at south coast rivals Bournemouth.

Bournemouth dominated the second half but rarely threatened an equaliser as the visitors held on for a first clean sheet in 17 top-flight outings.

“It was an important win, no question, and I think it was a deserved one,” said Hasenhuttl.

“We have this belief all the time because we see the games, we see that there are margins missing.

“The problem in the Premier League is sometimes the margins can be enough to concede a goal and to lose games.

“But sometimes the margins you have to put on your side and then you win the games and this was the challenge to find these margins and to find the key for having a clean sheet, for scoring this one goal and also winning with one goal.

“In the end it’s a win for the whole group.”

Southampton travelled along the coast with Hasenhuttl under intense scrutiny on the back of taking just a single point from the last 15 available.

The overdue win lifted Saints to 14th position, two points and three places below their near neighbours.

Having recruited 10 new players during a hectic summer overhaul, Hasenhuttl stressed the importance of patience during the resultant transitional phase.

“We know that we have to fight as a group together after an intense transfer window in the summer and there are some phases that you are going through as a club and a team,” he said.

“We speak very often about the patience we need to have for them.

“It’s not always that you get the patience in this business, especially when you are a little bit long working in a club like I do.

“Sometimes the patience is not – I don’t want to say from the fans not always there – but from the whole pressure you have in the Premier League, it’s not so easy to go through this.

“But it’s the only way we can do it and finally for me it’s OK.”

Interim Bournemouth boss Gary O’Neil suffered the first defeat of his reign in his seventh match since replacing Scott Parker.

O’Neil felt the result was harsh and was left perplexed after appeals for a second-half penalty were waved away when the ball struck the arm of Southampton defender Mohammed Salisu.

“Tonight the ball hits their boy Salisu and it’s not a penalty.

“It’s a tricky one. I don’t know. Hopefully the officials can clear up what it is and what it isn’t because I don’t see too much difference.