Home All The News Southampton want Hasenhuttl to succeed Hughes 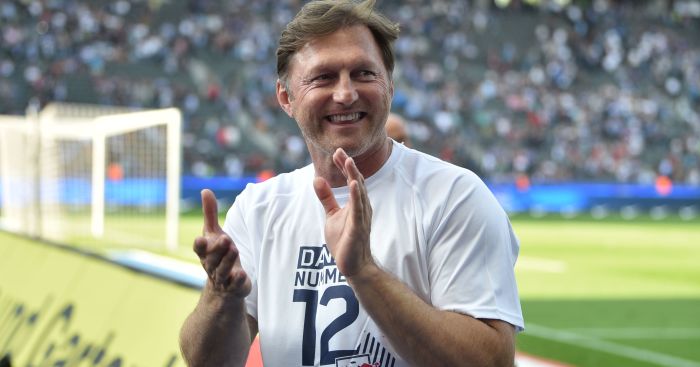 Despite securing a 2-2 draw against Manchester United at the weekend, embattled Saints’ wretched overall form cost the Welshman his job on Monday.

Hughes, appointed in March, managed to keep his former club up last season and was rewarded with a three-year deal in the summer along with coaches Mark Bowen and Eddie Niedzwiecki.

But those appointments proved Southampton’s latest costly mistake, with the club getting rid of the trio a month after wielding the axe on vice-chairman of football Les Reed and technical director Martin Hunter.

A statement from the club on Monday read: “We would like to express our thanks to Mark and his staff for all of their efforts during their time at St Mary’s.

“The search for a new manager to take the club forward is already under way.”

Saints sit in the relegation zone with just one win from 14 Premier League matches and Press Association Sport understands they are looking at highly-rated former RB Leipzig manager Hasenhuttl to re-energise the club.

After spells in charge of Unterhaching, Aalen and Ingolstadt, the Austrian has been without a job since ending his impressive spell at Leipzig in the summer.

While Saints work to bring in Hasenhuttl, first-team assistant coach and fans’ favourite Kelvin Davis will be in the dugout when Saints head to Tottenham on Wednesday.

The former goalkeeper will face the media on Monday afternoon, just hours after the club announced Hughes’ exit.