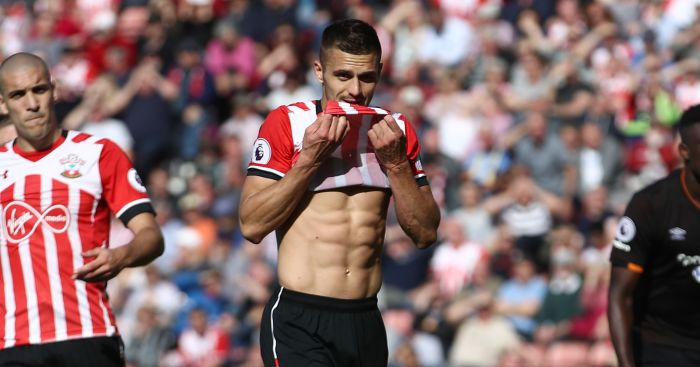 Southampton winger Dusan Tadic has remained tight-lipped over his future at the club amid speculation linking him with a move to Liverpool.

Recent reports in The Times indicated that Jurgen Klopp was interested in bringing the Serbia international to Anfield.

If Tadic were to join he would be the latest in a long line of Saints players that have made the switch to the Reds with Rickie Lambert, Nathaniel Clyne, Sadio Mane, Dejan Lovren and Adam Lallana all making the move.

And when quizzed about a potential move the 28-year-old played coy over links with other clubs.

“We will see. You never know in football. In every club, sometimes players leave,” Tadic said.

“It is not easy, but this is football. I don’t comment on these things.

“I have an agent and I have correct things with the club.”