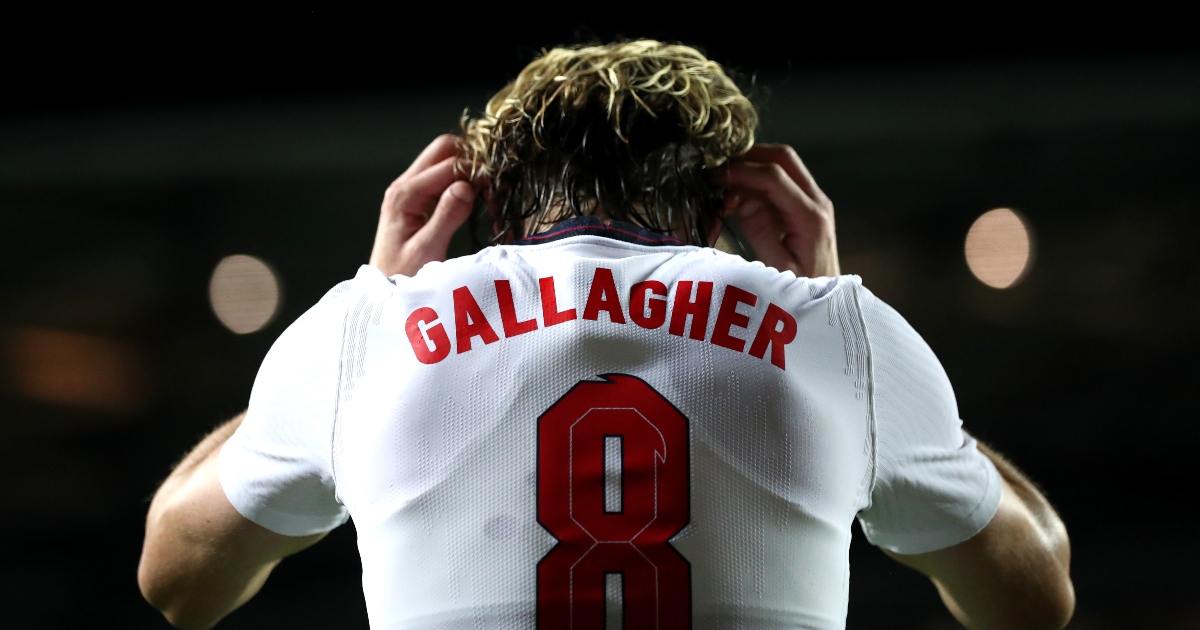 England boss Gareth Southgate has praised Conor Gallagher for his performance against Switzerland on Saturday but admitted his midfield partnership with Mason Mount left the Three Lions “vulnerable” defensively.

Gallagher, on loan at Crystal Palace from Chelsea, has been one of the stand-out Premier League midfielders of the season so far and was rewarded with his first senior England start in the 2-1 friendly win over Switzerland.

Assisting Luke Shaw for the equaliser on the stroke of half-time, he maintained his impressive form with an industrious display which earned him the plaudits of his manager.

Speaking to Sky Sports in his post-match interview, Southgate said of Gallagher: “He’s infectious, isn’t he? I think he can set the tone for the rest of the team, we see that with his club every week.

“He presses with ambition. Some players get close to people and don’t actually win the ball. He goes and he makes contact and he turns a lot of ball over.

“In the first half that was important. We actually didn’t use that ball well enough. We had three or four moments in attacking transitions where, with a better pass or a better decision, we should have capitalised before we did on the first goal.”

However, Gallagher’s inclination to push forward alongside another attack-minded midfielder in Mason Mount created defensive issues for England, according to Southgate, who was forced into a tactical switch.

“We feel that Mount and Gallagher are very good at pressing and are two attacking 8s,” he said.

“But we know that that system can leave you a bit vulnerable to the switches to the opposite full-back and the Swiss worked that out very well – which is why we made the change of shape in the second half.

“But we had an idea of what we wanted to do, and although we would have liked to have Bukayo Saka and a couple of the other wing-backs to look at that, I still think it was worth seeing.”

Harry Kane scored the winner for England on Saturday with a well-taken penalty. In doing so, he became the country’s second all-time record goalscorer.