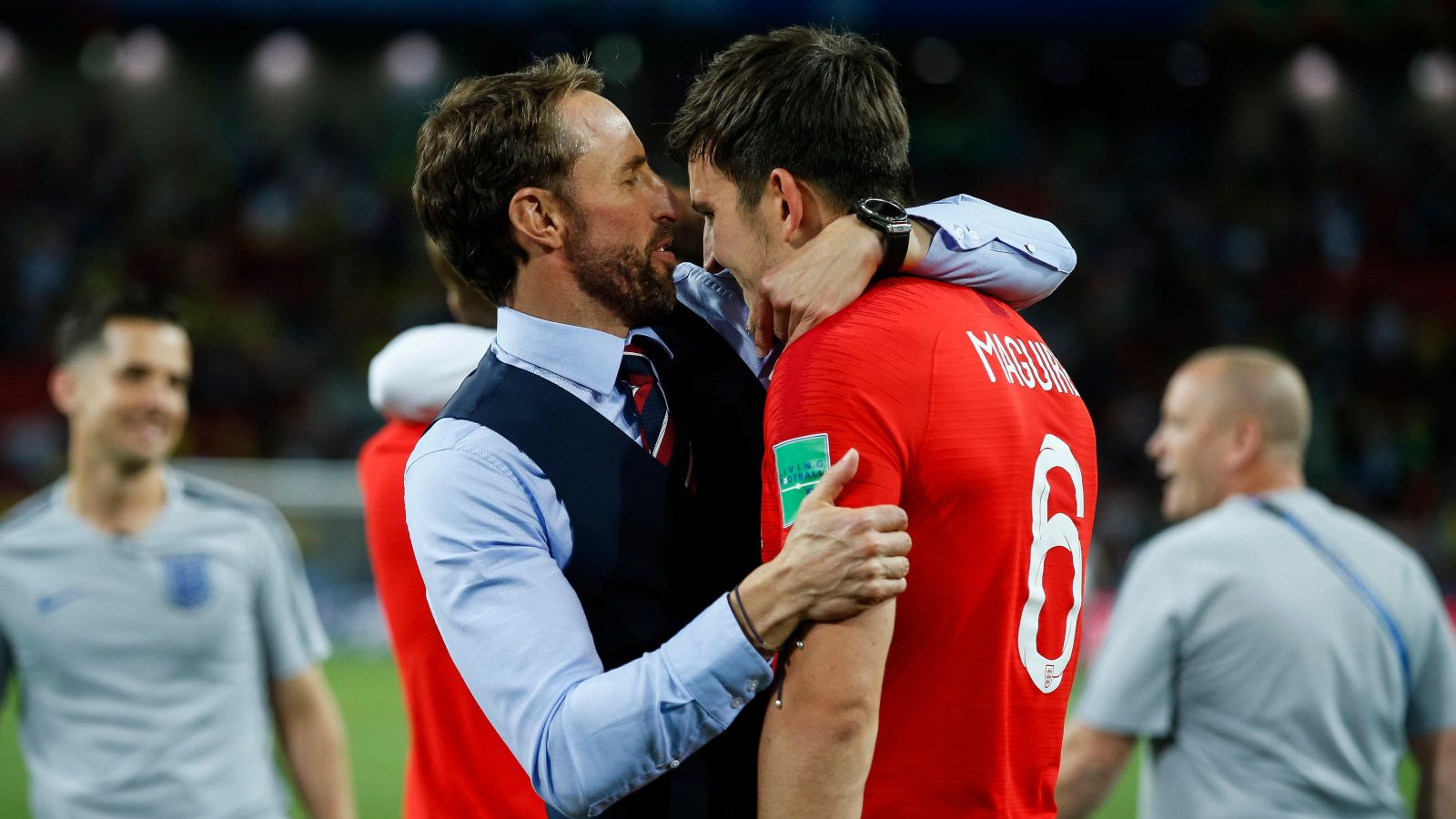 England boss Gareth Southgate has admitted that Harry Maguire’s current situation at Manchester United “is not ideal” heading into this winter’s World Cup.

The Three Lions manager has selected his 28-man squad for this month’s international break.

They face Germany and Italy in their final two group games in the UEFA Nations League.

Maguire has kept his place even with him not starting for Man Utd in the Premier League in recent weeks.

Ben Chilwell, Luke Shaw and Kalvin Phillips are in a similar position at their respective clubs and they have also been called up.

When explaining his picks, Southgate admitted that these four players are “not in a perfect situation” but he concedes that “there is still a lot of football to be played” before the winter World Cup in Qatar.

England’s manager has also opened the door for Marcus Rashford to return to the fold when he returns to full fitness:

“There were certain players we wanted to keep involved this time, but that said it doesn’t mean that this is the end for some of the others who aren’t involved,” Southgate said (via England Football).

“Marcus Rashford, for example, has shown some encouraging signs recently. He is a player we know well so if he can perform at a high level in the next few weeks, he of course will be under consideration.

Eric Dier and Ivan Toney were among the notable call-ups and Southgate has discussed why both players were selected:

“With Eric Dier, he has been playing well for a period of time. We think it is a really close call across our centre-backs and he has deserved to be picked back in the group.

“We know what a good character he is. He fits in with the culture and has great international experience and leadership qualities.

“With Ivan Toney, we have been tracking him for a long time. I had a good chat with Thomas Frank about him last season.

“His form and his qualities – not only his goalscoring but his technical ability, build-up play and aerial prowess – gives us a different threat to some of the other players we could pick.

“Reflecting on the last couple of months, clearly as an international manager you don’t have any games to quickly put the disappointment behind you.

“We have had a long period to reflect but now we are really looking forward to two high-quality matches that will be a great test for us and a crucial part of our preparation for the World Cup. It is only eight weeks until we will be naming our squad for Qatar so every minute counts.”