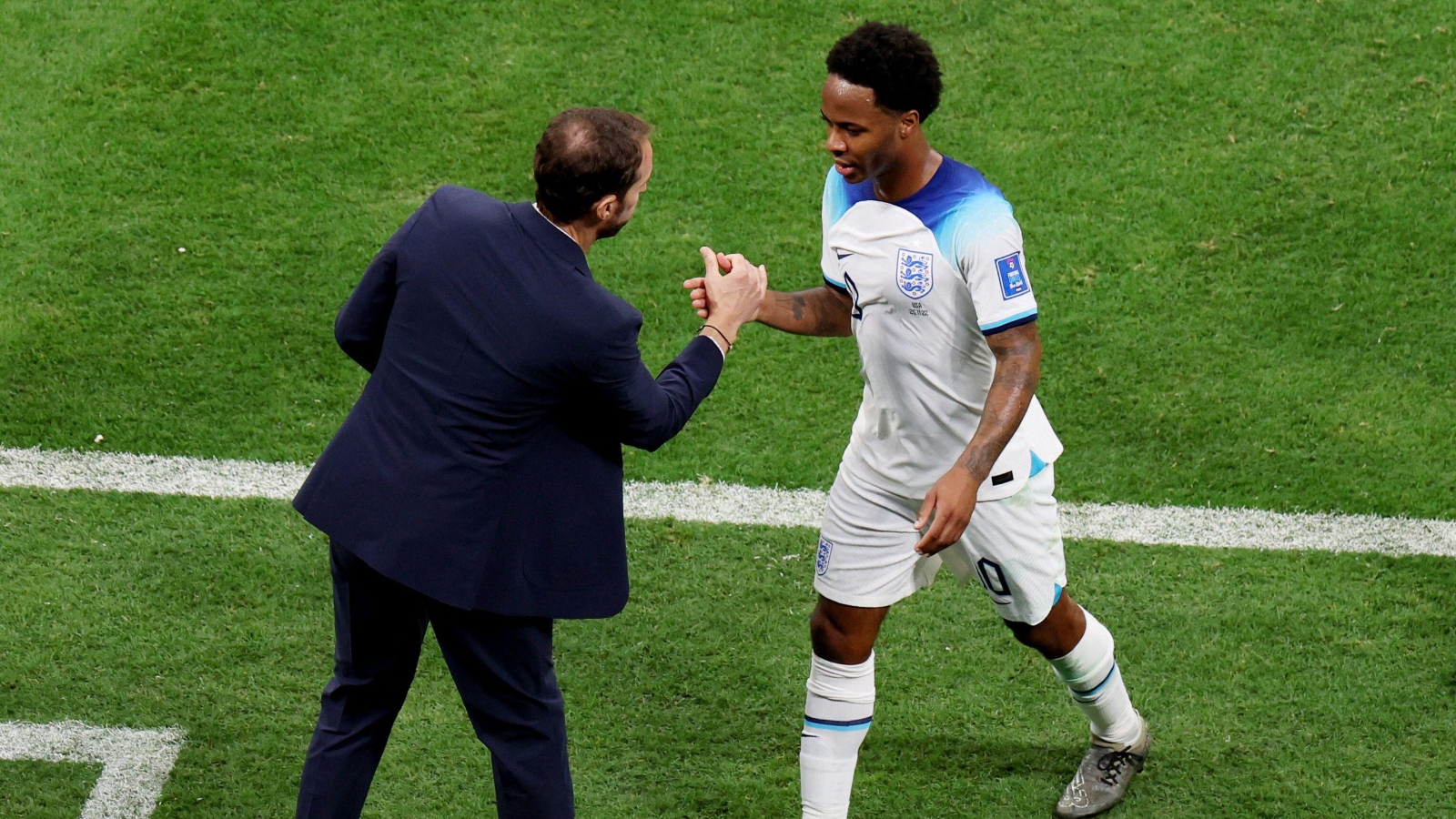 Gareth Southgate has no injury worries ahead of England’s World Cup quarter-final against France with all 25 of his players training on Friday.

Raheem Sterling did not feature in last weekend’s last-16 win against Senegal due to concerns over his family’s wellbeing following an incident at his home in Surrey.

The 28-year-old went back to the UK to deal with the matter but linked back up with England in Qatar on Friday as preparations gear up for the World Cup clash against France.

Sources close to the player initially said armed intruders had broken into his home while his family were inside, but subsequent police statements said the occupants of the house had reported items missing after returning to the family home from an international trip.

The forward was part of the 25-man group training at Al Wakrah Sports Complex on Friday afternoon.

Speaking ahead of the World Cup last-eight clash against France, Southgate cast doubt over whether or not Sterling will play.

“We will have to assess that,” the England manager said when asked if Sterling could feature against Les Bleus.

“He has missed a lot of training and had two long flights. That is not good preparation for a game of this standard but let’s see how he is.”

Sterling was joined in the session by midfielder Declan Rice and centre-back John Stones after some questions over their availability.

Rice was reportedly unwell earlier this week, but Kalvin Phillips confirmed on Thursday that the West Ham man was back in training.

“I believe Dec is fit, he’s back in training and he’s fine,” Phillips said.

“If something goes wrong then I’ll be there and I’ll do my best to be fit for 90 minutes.

“I want to play as many minutes as possible. Regardless of whether Dec is playing or I am, we’ll do our best.”

Striker Callum Wilson was also involved in the session having dealt with a muscle strain this week.

The Newcastle striker has made two substitute appearances in Qatar and was an unused substitute in Sunday’s 3-0 World Cup last-16 win against Senegal.

Wilson was the only absentee from the session for non-starters following England’s win over Senegal, as he dealt with a slight niggle.

England had a day off on Tuesday before preparations ramped up ahead of Saturday’s World Cup quarter-final against the reigning champions.

All 25 #ThreeLions players are out for training in Qatar, with @sterling7 rejoining the group.