Home Manchester City Southgate to check on Foden before England vs Hungary, promises to give Chelsea man ‘a chance’ 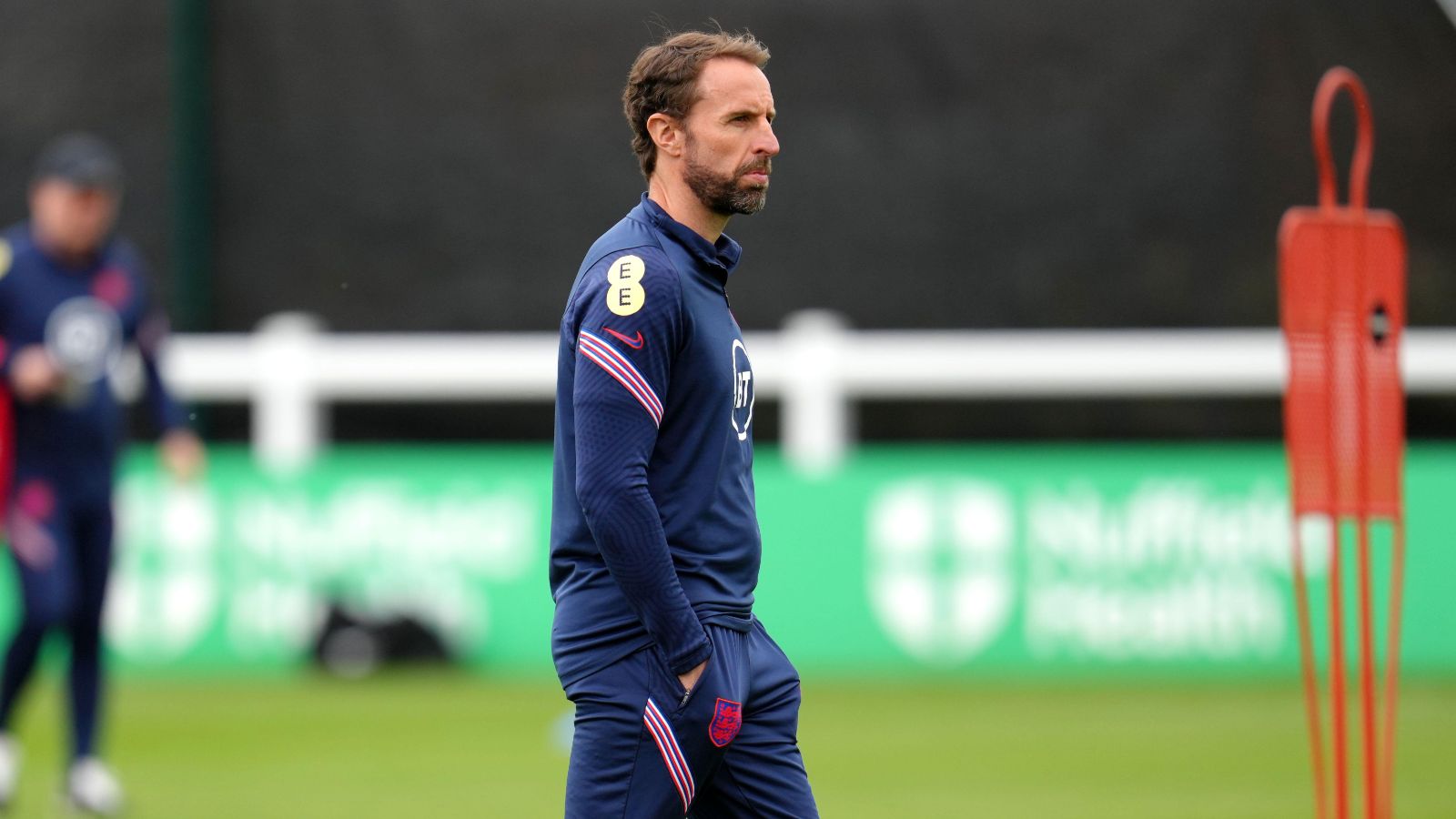 England manager Gareth Southgate has revealed that he will check on the availability of Phil Foden ahead of Tuesday’s game versus Hungary.

The Manchester City has missed England’s recent games in the UEFA Nations League after testing positive for Covid-19.

“We’ve got to chat with our physical performance guys and our medical team really, because he’s back into training but there’s a reality of how much conditioning he’s had over the last three weeks and what our expectation of him could be,” Southgate said of Foden.

“We’ll do that as the day progresses.”

The Three Lions have scored just once in their three Nations League group games this month – a late Harry Kane penalty in the 1-1 draw away to Germany last week.

Speaking about the issue, captain Kane said: “If you look over the last two, three years we’ve definitely had goals in different areas in terms of set plays, defenders getting goals, midfielders picking up with goals.

“In any top team, you’re going to probably have a main striker that gets the majority of the goals, a main attacking winger who is going to get some goals.

“I’m sure every lad that puts on an England shirt wants to score and get assists and affect the game.

“The most important thing is the mentality of having that hunger to go and get those goals.”

The #ThreeLions are out at training this morning with all 25 players involved.

Later on, @HKane will join Gareth Southgate for the pre-match media conference. pic.twitter.com/AB5YIIAk57

“The battle for the golden boot is always tough,” said Kane. “The Premier League has produced some top strikers around the world for a number of years now.

“Every season I’ve been playing it’s always been a tough battle to win that golden boot and it’s no different – you expect the top strikers to want to play in the Premier League. With those two new signings, that’s going to be the case.

“It helps me as a player to have good competition, it drives me to improve. I look forward to the challenge.”

Southgate said he would be surprised if a potential documentary following players’ wives and partners ahead of the World Cup came to fruition and added he regarded the term ‘WAGs’ “disrespectful”.

“(It’s) not my cup of tea,” said the manager. “I’d be surprised if the group of players we have got would have interest in that because they’ve wanted to focus on the football – the focus in Russia (2018) and last summer was all about the players and everything they do and we’ve never had any issues.

“We like to involve the families. I actually think the term’s quite disrespectful, ‘WAGs’. It’s their partners and family, so I don’t like the term.

“We want them to feel welcome, we invited them into the hotel when we could in Russia – mums, dads, kids. It’s a great feel when you’ve got the kids in especially, it changes the dynamic of the hotel.

“We couldn’t do that last year because of Covid. But it’s one big family. Everybody recognises that part of what we do has been very good over the last couple of years.”

Asked about players making a stand about potential social issues in Qatar, including the country’s poor human rights record, Southgate replied: “They’re making a stand every time they speak.

“I was in Qatar for the draw and I met with some of the workers and had a long discussion. I’m back out there again in a few weeks as well.

“The FA are doing things. I know Harry has had conversations with some of the other captains as well, because we think that some collective stand points would be important, to have that consistency.

“I don’t think countries are wanting to outdo each other and pick each other off. I think they’re trying to do something that would try to make a difference, if possible. There’s a lot going on behind the scenes.”

Midfielder Conor Gallagher is the only outfield England player yet to feature in this block of fixtures and could be involved against Hungary.

“He’ll have a chance,” said Southgate, who had a full squad available for training. “The reason is just the teams we’ve picked, the formations we’ve picked, haven’t necessarily fitted up to this point.

“Also, you have to earn your England caps. Although we’re trying to look at things, everybody has to be patient, we think it’s really important we have a squad that have a great collective mentality.

“That’s going to be huge as we move forward to the World Cup.

“When we go to the World Cup, we won’t just be handing out minutes to people, so there is always this balance of needing to find out about people, seeing how they are when they’re not in the team and this group are excellent at that, they support each other, they create an environment where the team is first and that gives you a great chance of success.”